By LRU Writer | On: January 06, 2020
Taika Waititi is an actor and director best known for...was known for movies like...has been married to...met for the first time when...got married at a registry...two are also parents to two girls...was born as Taika...father was of...mostly raised by his single mum...often portray small roles in his movies... 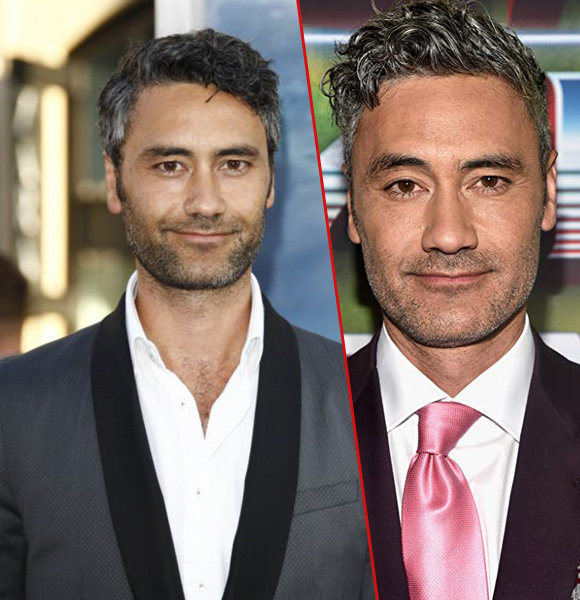 Taika Waititi is not a new name to the fans of Marvel Universe. He is an actor and director best known for the movie, Thor: Ragnarok (2017), which became one of the greatest hits of that year.

Before that, Taika was known for movies like Hunt for the Wilderpeople (2016), What We Do in the Shadows (2015), and Boy (2012). Further, his directorial film, Boy, became New Zealand's highest-grossing film ever.

As of now, Taika is busy with the pre-production of the fourth installment of Thor franchise, Thor: Love and Thunder, which is set to hit the theatres in 2021.

Taika Waititi has been married to Chelsea Winstanley since 2012.

Taika and Chelsea met for the first time when Chelsea interviewed him for a documentary about Maori artists. But the two reconnected years later during the filming of Boy in 2010 and fell in love with each other.

After dating for two years, the couple got married at a registry office in New York, where Taika drew a marker pen stripe on her ring finger on his own and pronounced each other husband and wife. Taika Waititi with his wife Chelsea Winstanley at the premiere of Thor Ragnarok in 2017 (Photo: nzherald.co.nz)

As of now, Taika and Chelsea are a power couple in Hollywood. Further, the two are also parents to two girls, Te Hinekahu, born in 2012, and Matewa, born in 2016.

In 2017/18, when entire Hollywood rose with the whirlwind of #MeToo movement, Taika's wife, Chelsea, also opened up about her past where she was abused by her male co-workers.

In 2009, while she was working as an assistant director in a rural location, a camera operator and a sound operator had abused her by making sexual comments on her looks.

Years later, Chelsea spoke about her experience and how it had affected her.

Taika was born as Taika David Waititi on 16th August 1975 in Wellington, New Zealand, to an artist and a teacher.

His father was of Maori descent, and his mother had Jewish with Irish, Scottish, and English ancestry. His parents got separated while he was very young.

Taika was mostly raised by his single mum, who took up several jobs to raise a kid on her own, while his father joined a gang.

Taika grew up very close to her mother. Further, on the occasion of Father's day in September 2019, Taika wished his mother for being the best dad ever.

Taika is known to often portray small roles in his movies; for instance, in Thor, he was the voice for Kronan gladiator who befriends Thor named- Korg.

When Thor: Ragnarok came out, many fans believed Taika's character, Korg, to be gay.

In fact, when Taika was asked about it, he created even more suspense by saying that he did not portray the character as gay, but he could be.

Filmmaker Thor: Ragnarok Wilderpeople What We Do in the Shadows Boy Chelsea Winstanley