By LRU Writer | On: July 15, 2019
Tamara Day is an American actress and host of DIY Network’s series...brings back the old mansions in the Kanas city to life and help families to...has never let anything come between her relationship with husband Bill...completed 18 years of married life together...been blessed with four children... 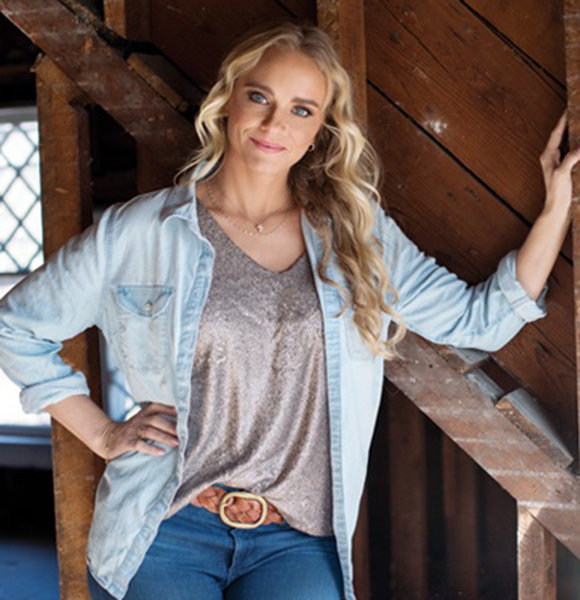 The reality show specializes in home restorations. Staring as a restoration expert in the series, Tamara brings back the old mansions in the Kanas City to life and help families to reside there for years to come. Also, she featured in the movie The Mailbox.

Tamara Day was born and raised by her parents in Kansas, Missouri, USA. And, she celebrates her birthday on 19 May every year. Other than her parents, Tamara has a family of her own.

She is a mother to four adorable children. However, her look as per her age doesn't imply so.

The Kansas City native started her career as an actress when she featured in the movie The Mailbox in 2007. After the film, she wandered away from acting and began painting furniture in the driveway in 2009.

However, after a long break from work, Tamara returned to the scenes as the host of reality shows Little Money Mansion in 2016.

Following the success of the show, she again returned with a new show Bargain Mansions in 2017 alongside her father, Ward Schraeder. As of now, the show is on its second season and has managed to gather a vast audience.

Talking about the reality star's measurements, it appears as though her height is above 5 feet 5 inches.

Tamara Day is seen wrecking people's house on her show, but the actress herself has never let anything come between her relationship with husband Bill Day.

Tamara and Bill met for the first time in 1998 in New Year's eve when both of them were on a booth opposite to each other. Even though Bill pronounced her name incorrect at first, they went on their first date six months later. Since then, the pair have been inseparable. They exchanged the wedding rings in November 2000 and have completed 18 years of married life together. In between this period, they were blessed with four children, three sons(Henry, Thomas, Bobby) and a daughter(Nora).

As of now, the family of six are seen enjoying time together in holidays, swimming pools, and outdoor activities. In June 2019, Tamara posted a picture on her Instagram where her daughter is seen helping her with her small injury during their outing together.

While Tamara Day is a demolition queen herself, she is mentally and financially assisted by her hubby Bill and father, Ward. Running a house restoration show can sometimes be daunting financially. However, Tamara perfectly balanced the creative aspect and the financial aspect of the show.

Even though there are expenses from her restoration job, she makes an average salary of $58K per year, which adds to her undisclosed net worth.