Tamara Ecclestone Net Worth Now: Updated Worth Of British Model

By LRU Writer | On: December 24, 2019
Tamara Ecclestone is a British model...also known as the Billion...victim of a high profile burglary...three thieves stole jewelry worth...net worth was reported to be...modeled for brands like... dubbed as “The Diamond Heiress” after she...Croatian model wife...former stockbroker...sold cocaine to an undercover reporter... 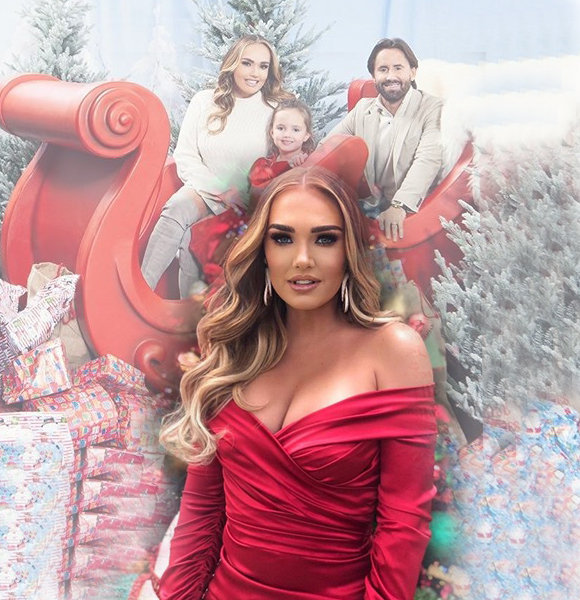 Tamara Ecclestone is a British model, TV personality, and businesswoman. She is also known as the Billion $ girl due to her billionaire parents: Bernie Ecclestone and Slavica Ecclestone.

The heiress often makes headlines for her extravagant lifestyle, but it is not all fairytale for the young model. Due to her immense wealth, she attracted criminals in her home; three thieves stole jewelry worth $66 million from her $94 million 57-room mansion in Kensington on 13 December 2019. At the time, Tamara was out vacationing with her husband and children.

The thieves broke in during the evening and emptied two safes filled with jewelry from Tamara and her husband's safes. The culprits fled after being discovered by a guard, 50 minutes into the crime.

The police are yet to make an arrest, but Tamara's father Bernie claimed that it was an inside job.

Tamara’s net worth was reported to be $300 million until the robbery. However, the burglary has put a massive dent in her pocket as a fortune of $66 million is not a small sum even to an heiress like her. Meanwhile, her updated net worth is still under review.

But, Tamara could soon catch up with the lost amount as she has various sources of income. She has modeled for brands like Armani and Playboy.

She also has her own TV production company. Further, the heiress has appeared in shows like Tamara Ecclestone: Billion $$ Girl, Tamara's World, and Red Bull Air Race World Series, among other TV productions.

Outside of being known as the billion $ girl, Tamara is best known for her work as a Playboy model. She was dubbed as “The Diamond Heiress” after she was featured as the cover girl in Playboy’s May 2013 issue.

Tamara posed nude while being covered in diamonds for the photo. Sparkling crystals ranging from a tiny size to that of a hefty rock make up the Playboy’s signature rabbit logo as she held a giant diamond that was placed conveniently to complete the logo by acting as its eye.

Tamara was born to Bernie Ecclestone, the Formula One billionaire, and his former Croatian model wife, Slavica Ecclestone. Her parents were married for nearly twenty-five years since 17 July 1984. Unfortunately, the couple divorced on 11 March 2009. Bernie's divorce is the world's 4th most expensive divorce. It cost the Formula One legend $1.2 billion.

The heiress also has a sister named Petra Ecclestone - who is a model, socialite, and fashion designer. Petra's net worth is reported to be $400 million.

Tamara has been married to Jay Rutland since 11th June 2013. The couple's wedding - held on the French Riviera - had made headlines for its extravagance. The three-day celebration cost an estimated  $10.5 million, which she paid for herself.

The hotel rooms alone cost $900k, and mind-boggling  $5.25 million were paid for the singers, including Elton John and Mark Ronson. The two had a daughter Sofia Ecclestone Rutland in March 2014 and are happily married as of December 2019.

Who Is Tamara's Husband, Jay Rutland?

Jay Rutland (born: 11 March 1981) is a businessman and entrepreneur from Essex. He serves as the company director of Bigrate Business Developments, Ltd. - a company that operates with management consulting services.

Formerly, he was a stockbroker but had made headlines after getting caught up in a sting operation in 2002. Apparently, he sold cocaine to an undercover reporter. Further, he was banned by the Financial Services Authority after he was found using inside information to boost sales of shares.

Jay also came under public scrutiny when he was accused of assisting drug baron James Tarrant flee abroad in 2016. He was later freed of the charges due to a lack of evidence.

Jay's net worth is reported to be $50 million.