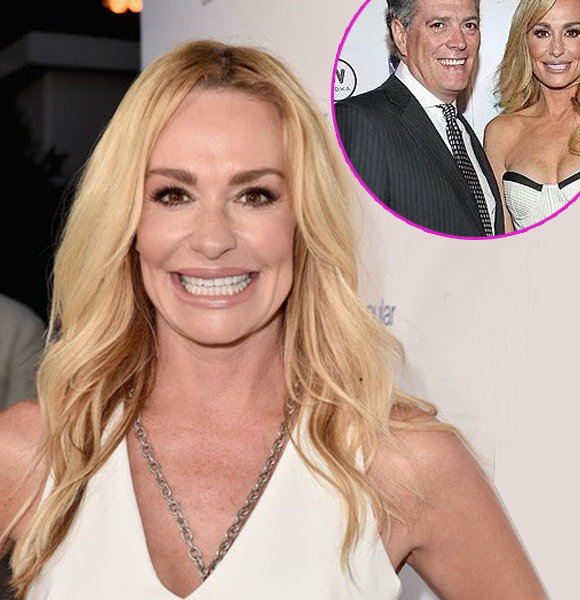 Taylor Armstrong is a reality TV star who was a part of the popular Bravo reality series, The Real Housewives of Beverly Hills.

She is best known for appearing in the viral "Woman yelling at a cat" meme.

She attended Union High School in Tulsa, Oklahoma. It was around this time that she changed her name to Taylor Ford and moved to Beverly Hills, California.

There, she started an e-commerce business and got the opportunity to play in Bravo’s The Real Housewives of Beverly Hills. She is a main cast in the reality series from season 1 to 3.

Having started her own business, Taylor came into contact with the venture capitalist, Rusell Armstrong. They started dating and got married on 27th October 2005. Sadly, the marriage brought little happiness to her.

Rusell was an unhappy man and often fought with Taylor. Their fights would often get out of hands and Rusell would resort to physical violence.

It got so bad at one point that Taylor had to undergo reconstructive surgery on her face.

The matter had come into light after some of her co-stars in the reality TV series talked about it. But the entire truth was only put out in the open when she filed for divorce.

After an unfortunate turn of events, Rusell was found dead in his room on 15th August 2011. He had hung himself before the divorce could be finalized.

While Taylor’s relation with her husband wasn’t a healthy one, they did have a daughter named Kennedy Caroline Armstrong in 2006.

After her first husband’s death, Taylor took a break from dating for a year. And in 2012, she started dating lawyer John Bluher. The couple got engaged after a year and a half of dating and finally tied the knot after 7 months of engagement, on 4th April 2014.

While the two do not have any children, it doesn’t seem to be a problem for them.

They are very happy with each other and do not miss the chance to flaunt their adorable relationship on social media.

In fact, John even posted a picture of the "Woman yelling at a cat" meme on a star-shaped cookie. The text accompanying the wholesome picture was: “Love it!! @TaylorArmstrong #memequeen” As evident by the post, Taylor and John seem very much in love with each other.

Taylor had a pretty successful career as a reality TV star. At her peak, she was paid $175K per season of The Real Housewives of Beverly Hills.

Another Cast Of The Real Housewives of Beverly Hills:- Who Is Yolanda Hadid's Boyfriend? Dating Life, Married, Net Worth

She has also written a book called Hiding From Reality which was released on 7th February of 2012. While her earnings from her business are not clear, she has an estimated net worth of $1.5 million.