By LRU Writer | On: September 25, 2019
Taylor Schilling, born on July 27, 1984, she is now 35 years by age...Taylor received co-parenting from both her parents who were divorced while she was still young...She also has a sibling younger to her namely, Sam Schilling... 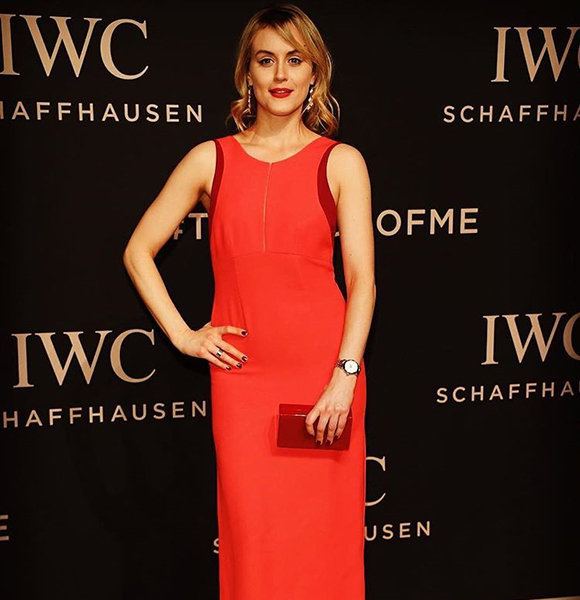 Taylor Schilling became a household name as Piper Chapman in the 2013 Netflix series Orange Is the New Black.

Showing acting aspirations since her middle school days, Taylor aimed at a career in showbiz. Thus, she sharpened her acting prowess as she graduated from New York University's Tisch School of the Arts.

Starting a career in Hollywood, she landed parts on the movie, Dark Matter and TV series, Mercy. The initial parts provided her enough exposure to further land opportunities.

No wonder, she got roles in movies; The Lucky One as Beth Green or Atlas Shrugged: Part I as businesswoman Dagny Taggart. The actress surely nailed it all until her big break on Netflix in 2013.

In 2019, the beloved show ended with a farewell season seven. One needs to wait and watch for new projects form Taylor.

Ever since Taylor's lesbian portrayal on Orange Is the New Black became a phenomenon, she has been marred by rumors regarding her lesbian sexuality.

Before the release of Orange Is the New Black's season five on 9 June 2017, Taylor went on and said,

"I’ve had very serious relationships with lots of people, and I’m a very expansive human.

"There’s no part of me that can be put under a label. I really don’t fit into a box — that’s too reductive."

“I’ve had a lot of love, and I don’t have any qualms about where it comes from".

The statements hinted she was indeed trying to remain neutral about her sexuality. And, she refuses to fit inside a box regarding her sexuality.

But, her alleged affair with a female musician surely hinted about her lesbian sexuality.

Taylor’s dating rumor with musician Carrie Brownstein made quite a buzz over the internet.

Carrie is a guitarist and singer of the rock band Sleater-Kinney and White Flag, who also played in and wrote for the sketch comedy series Portlandia. Taylor supposedly dated Carrie since the summer of 2015. There were reports that Taylor was head over heels in love with her girlfriend. Adding fuel to the fire, they were seen together at various public events including the 10th Annual Global Women’s Rights Awards in May 2015. But, Taylor never confirmed her romance with Carrie.

You May Also Like:- John Magaro Height, Net Worth, Girlfriend

Further, she revealed that she was not in a relationship to People Magazine in 2016.

As of 2019, Taylor's dating life remains a mystery.