By LRU Writer | On: August 06, 2019
American dancer, Ian Eastwood...rose to fame with the reality TV show...the young dancer accumulated enough popularity to build a career...in the state of Illinois, USA...in an affair with a fellow dancer... 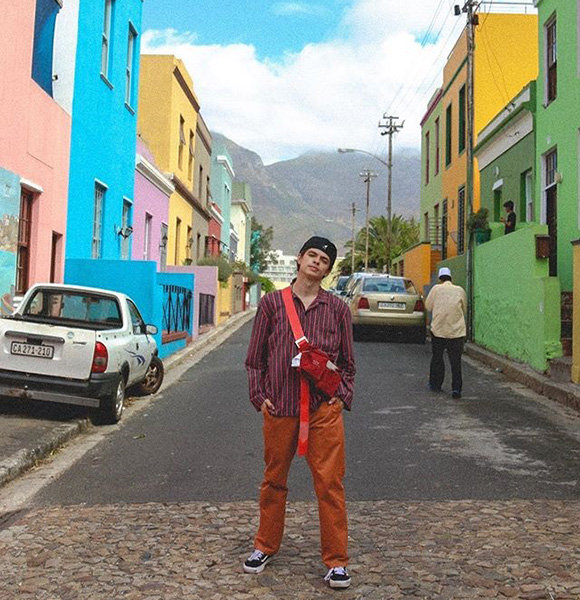 American dancer, Ian Eastwood rose to fame with the reality TV show, America’s Best Dance Crew. Even though the show ended its run in 2015, the young dancer accumulated enough popularity to build a career out of it.

Ian is now best known for his work on High Strung, Breaking Through and with Childish Gambino in Sober. At age 26, he has cemented his name as one of the elites.

Ian was born on the 16th of April, 1993 in the state of Illinois, USA. His parents Julia and Peter Eastwood raised him at Chicago, where he attended Oak Park and River Forest High school.

As for his appearances, he stands with a fantastic 5 feet 10 inches (1.77 m). Being a dancer, he has a well-maintained weight of 68 kg. Ian has also marked himself with tattoos; on his left arm, the tattoo reads "Still I Learn"; a quote by Michelangelo.

He had let his hair grow for three years but trimmed it down on June 2018.

Working in Hollywood, Ian has come into multiple rumors and controversies regarding his sexuality. People have even claimed that he is gay. However, Ian was in an affair with a fellow dancer, Megan Batoon. Ian Eastwood with his girlfriend, Megan Batoon at the LA screening of High Strung (Photo: pinterest.com)

Started dating in 2014, the dancing duo were very close to each other and appeared regularly on each other's social media as well. However, their relationship was short-lived. The pair parted ways in 2016.

Since then, he has not let anything slip out on his dating status.

A dancer since age 10, Ian has undoubtedly come a long way. He stepped into the showbiz just when he began uploading dance videos on YouTube on 27th of February 2006 under his self-name titled channel.

Besides YouTube, Ian has also made appearances on the big screens. In 2012, he made an appearance on S2dio City and followed it with Breaking Through in 2015. Other notable works include If Life Were a Dance Movie in 2016 and High Strung in 2017.

Having worked with artists like Justin Bieber, Chance the Rapper and Childish Gambino in music videos, Ian has also cemented his name among the best of choreographers of Hollywood.