By LRU Writer | On: June 03, 2019
The Kid Mero is a comedian, writer, TV personality, YouTube personality, voice actor, music blogger, and Twitter personality...He was born on the 15th day of May 1983...His real name is Joel Martinez...He was a teacher’s aide at a school before a comedian 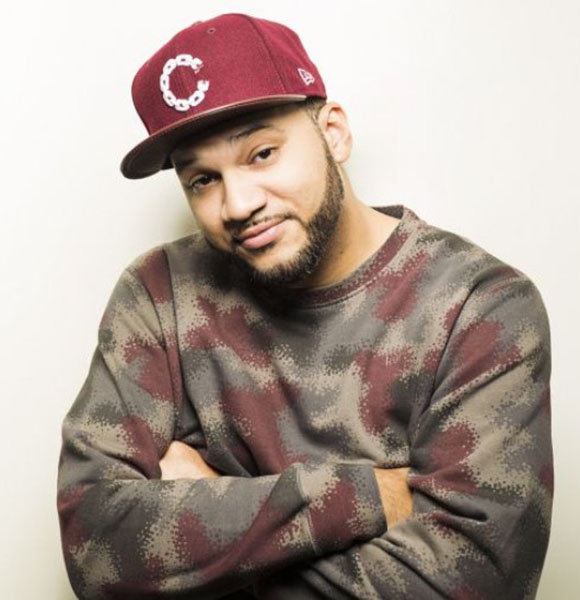 The Kid Mero is a man of many talents. He is a comedian, writer, TV personality, YouTuber, voice actor, music blogger, and Twitter personality.

Having mediocre success on his own, he teamed up with a familiar face back in 2013 and together with his friend, he hit it off big time. Find out more on the man’s career, age, family, height & more!

Before a comedian, The Kid Mero was a teacher’s aide at a school in The Bronx. In 2012, he started as a writer for Vice's music platform Noisey.

He rose to fame when he reconnected with school-mate Daniel Baker known as Desus Nice and started a podcast titled Desus vs. Mero. The podcast premiered on 18th of December 2013 and quickly took off. The popularity of the podcast led to a web series, and then a TV show being made after it.

Mero, along with Desus, has performed in several other television shows. In 2014, the duo joined the fifth season of MTV2’s Guy Code. Their other projects include Joking Off in 2015 and Bodega Boys which has been running from 2015 till date. The duo also hosts Desus & Mero on Showtime. Their show premiered on the network on the 21st of February 2019.

Mero and his partner have gained an immense amount of fame with their endeavors. Their YouTube channel, Desus & Mero, has almost 400k subscribers and earns anywhere from $10k to $107k annually. However, the comedian’s net worth is not disclosed.

The Kid Mero is a bit different from many celebs in Hollywood. He isn't the focus of any affairs or controversies.

The actor is a happily married man. He tied the knot with Heather Martinez, a white Jewish woman, on the 17th of August but the year of the wedding is not revealed. Heather is a former teacher from New Jersey.

Out of their consummation, the duo has brought four bundles of joy. The couple are the parent to four children; three boys and a girl, age ranging from 1 to 8. The Kid Mero with wife Heather Martinez at Locksmith Bar on 21 May 2018. (Photo: The Kid Mero’s Instagram).

Mero is a fatherly person. He enjoys time with his family whenever he can. The actor, with his wife and kids, lives in Paramus, New Jersey.

He was born to Dominican parents. Joel is the first child in the family.

He has two younger siblings: a brother and a sister.

A Loss In The Industry:- Comedian Kevin Barnett Dies, Cause Of Death Is Shocking!