By LRU Writer | On: June 13, 2019
Theresa Roemer is an American entrepreneur...the CEO of Theresa Roemer, LLC, a fashion and lifestyle company...Married to Lamar... has 5 children...her son died in a car accident... 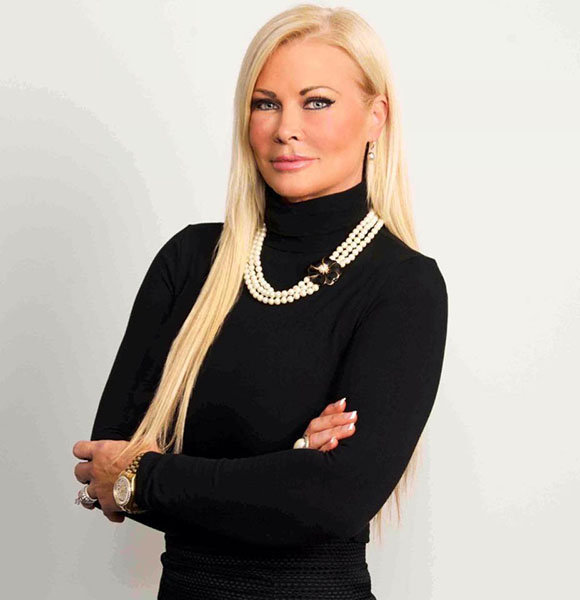 Theresa Roemer is an American entrepreneur, best known as the CEO of a successful lifestyle brand. Her company enjoys clients all over the nation and has even built a loyal fan base.

But, she is much more than just a businesswoman, she also held the title of  U.S. Open Body Building in 1999. Theresa is also the crown holder of Mrs. Houston and Mrs. Texas.

Theresa was born on 27th September 1961. She grew up with her parents and three siblings on a farm in Nebraska. She is an American and belongs to White/Caucasian ethnicity.

As a teenager, she was very much into sports. But, despite being a lover of games, she turned down a sports scholarship offered by Black Hills State University. Further, she would have to wait for decades before completing her college education.

At the age of 57, she graduated from the Christian Bible Institute and Seminary with a Doctor in Humane Letters in 2019.

At the age of 20, when Theresa was still in high school, she fell in love. She was in her 20s when she married her boyfriend; The pair had two children from their time with each other. However, the relationship ended when she was 29 years old. Even though she was not as financially able as she is now, she took custody of her kids.

Right when she was suffering from the loss of a relationship, life pulled the rug right from under her feet. Her brother died from a heart attack in his early 20s.

As if the tragedy was not enough, her son Michael's death in 2005 completely broke her apart. Michael died of a car accident when he was 19 years old. Theresa Roemer with her husband Lamar Roemer and her children (Photo  walikali.com)

However, moving away from the dark side of her life, she married her long-time friend, someone who was by her side through every hurdle of her life. The man was none other than Lamar Roemer. The pair officiated their union with a marriage ceremony in 2008, after six years of dating. The couple has been together ever since.

Theresa and Lamar are parents to 5 children; 2 sons; Maximillian and LB Roemer and three daughters named Lauren, Tashina, and Leslie.

From Farm Life To Millionaire

Coming from humble roots, it was not luck that got Theresa where she is now.

In her early years, she taught aerobics and also a general manager of a health club. In 1995, she saved enough to buy her gym. She had grown her gym to newer heights and turned it into a franchise called Body by Design. She became a self-made millionaire by selling her business in the year 2000.

She has since then come a long way in her career. She is the CEO of Theresa Roemer, LLC, a fashion and lifestyle company. With her success, she now lives a very comfortable lifestyle. She is the owner of a three-storied house-closet, listed on sale for $7 Million.

Although her net worth is not listed, just taking her lifestyle in an account, it would not be wrong to assume she is worth in the millions.