Is Thom Bierdz Going To Marry His Boyfriend? Know About His Partner 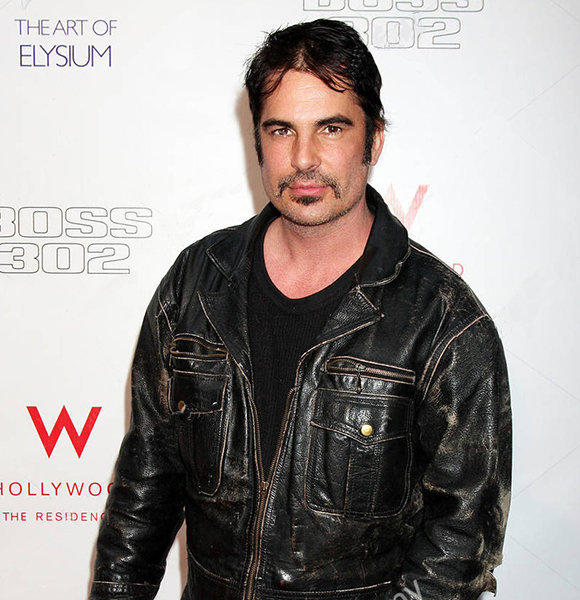 Multitalented American actor Thom Bierdz has been ruling the entertainment world since the 80s. Not only through acting, but he has also marked his name through his talent in art and writing, which has earned him much fame and respect.

With his star-studded career, he has grabbed many followers who are willing to know insights about his partner.

Thom Bierdz, age 60, took his fame to a new height with his prominent role as Phillip Chancellor III on the daytime drama The Young and the Restless.

Thom Bierdz received thousands of letters from his teenage female fans and used to be the heartthrob of many girls. But Thom broke all those hearts when he came out as gay.

Back in the 80s, then-aspiring actor, Thom lied about his sexual orientation. But things have changed now, and he is openly dating his partner. He has been involved in a loving relationship with his partner for a long time now.

Thom is dating his spouse Ron Morgan, who has been able to impress his heart.

There is no credible source to know when Thom crossed his path with his partner and began dating. However, he loves to share his love for his partner on social media.

Thom has been open with the relationship that he shares with Ron and often mentions him in his Facebook posts. In one of his posts, Thom has mentioned that his boyfriend is a great photographer and often snaps pictures that reveal perfection.

His posts mentioned his boyfriend date back to 2012, and it seems like they have been going strong until today. In 2016, Thom made a Facebook post where he captioned the picture revealing that he forgot to get married and have kids. This shows that he had not tied the knot till 2016, but the caption also gave a hint that he might be looking forward to exchanging wedding vows. However, as of today, there has not been any news of their wedding yet.

Apart from his blissful love life with his boyfriend, Thom had been through some heart-wrenching family tragedies.

Thom lives a life full of success and happiness now, especially with his partner by his side, but he has emerged from a  dark place and many struggles related to his family.

Thom was born to his parents in Kenosha, Wisconsin, the U.S. He holds Polish and Italian ancestry from his father and mother's side. He has three siblings: Gregg Bierdz, Hope Bierdz, and Troy Bierdz.

Unfortunately, his youngest brother, Troy Bierdz, was diagnosed with paranoid schizophrenia, leading his family to face mishaps in the past.

On July 14, 1989, Troy murdered their mother with a baseball bat and served a life sentence in a Wisconsin prison. Despite losing his mother at the hands of his brother Troy, Thom forgave him. Thom even released a book ‘Forgiving Troy’ in which he expressed the power that forgiving someone has. He even made clear that forgiving is the path that leads to being true to yourself.

However, his tragedy did not end there. In May 2002, his other brother Gregg Bierdz committed suicide dispersing their family. Thom’s sister Hope stood along with him through all the tragedies. But despite it all, he has grown through it and has now found a better perspective on his life.

After going through all his family tragedies, he focused more on his career. In 2006, he published another book name 'Young Gay and Restless,' where he talked about his experience with his relationships with men.

He has been active on social media, where he hears his updates and daily life. However, there have been no updates on his partner.

He has published many books, which have helped him accumulate a net worth of millions.

We hope to get more information about him in the future. Till then, stay tuned with us for more updates on Thom Bierdz’s life.