Is Tiffany Blackmon Married? Or Is She Just Busy Reporting Rather Than Having Dating Affair?

By LRU Writer | On: November 24, 2017
Is Tiffany Blackmon Married? Or Is She Just Busy Reporting Rather Than Having Dating Affair? Similar is the case of the reporter the talented Sports Reporter, Tiffany Blackmon, who has kept the aspects of her personal life under the wraps. Nevertheless, on one rare occasion, she shared a wish regarding her romantic partner. What was the wish and is she married yet? Stay with us as we unveil the details of her personal life. 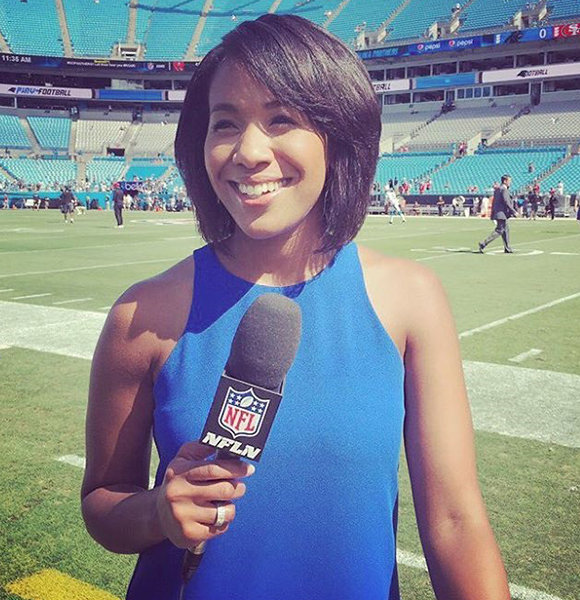 While reporters bring forth the latest happening around the world, they are quite skilled at hiding their own details!

The individual matching the scenario is the talented Sports Reporter, Tiffany Blackmon, who has kept the aspects of her personal life under the wraps. Nevertheless, on one rare occasion, she shared a wish regarding her romantic partner.

So what was the wish? Stay with us as we unveil the answer!

Is Tiffany Blackmon Married? Is She Dating Anyone?

Tiffany Blackmon is a beautiful and talented reporter who is going strong in her career, and the fans who admire her wish to know if this pretty lady has a special someone in her personal life or no!

But when we take a closer look, she is never seen being involved in romantic dating affairs, neither has she addressed anyone as her boyfriend to the media, which roughly implies she loves keeping the details of her love life under the wraps, tactfully.

However, on a rare occasion, she shared a wish regarding her boyfriend via a tweet back on August 7, 2012.

Although it was just sarcasm from her side, Tiffany's tweet suggested her to be in search of her prince charming, don't you think so?

Born on October 10, 1984, in Attleboro, Massachusetts, Tiffany Blackmon's full name is Tiffany Danielle Blackmon. She was born to parents, Jacqueline and former NFL linebacker and former NFL assistant coach Donald Blackmon. Tiffany grew up with her siblings, a sister, Candice and a brother, Donald Junior.

Talking about Tiffany's academic years, she was a very athletic person. She was a four-year starter for the 'North Gwinnett High School' volleyball team and was also named defensive MVP and overall MVP in the team.

She later listed her name on the All-Gwinnett County high school team, and later qualified for the All-State team. Then she went to attend Georgia State University, where she played 49 games with the volleyball team.

Tiffany initiated her career as an anchor and reporter at Comcast Sportsnet Houston. She is known as the co-host for the weekly Houston Rockets All-Access show. Further, she also served as a host for SportsNet Reports.

Despite the fact that she had already garnered fame through her previous professional involvements, Tiffany attained a significant height in her career when she became a reporter for the Oklahoma City Thunder at the NBC affiliate KFOR-TV in Oklahoma City.

As of now, Tiffany serves as a Sports reporter for NFL Network.