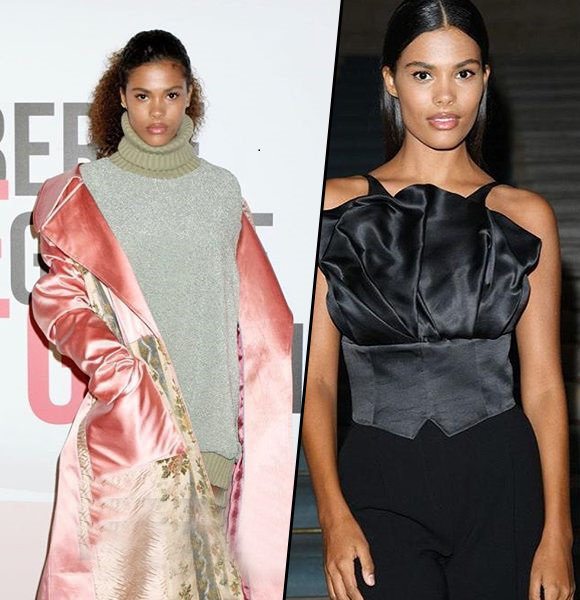 Tina Kunakey is an Italian model who caught the interest of paparazzi because of her high-profile relationship with the famous Hollywood actor, Vincent Cassel. Despite their huge age difference of nearly 30 years, the couple is happily married now and is going on strong.

But who is Tina Kunakey, and what are her life details? Let's find out.

The Italian model was born on 5 April 1997 in Italy. Her parents are Robin Kunakey and Nadia Kunakey.

You May Also Like:- Who Is Catriona Gray's Boyfriend? Dating Life, Parents, Ethnicity

Interestingly, Tina has a diverse ethnicity as her father, Robin, is half Togolese and half French, and her mother, Nadia, is half Italian/Sicilian and half Andalusian Spanish. She has two siblings named Cassandra and Zachary Kunakey.

The 5 feet 8 inch (1.74m) model, Tina, and the Black Swan actor, Vincent began dating back in the summer of 2015. But, they kept the affair a secret for over a year. Finally, in November 2016, they attended Victoria's Secret fashion show together and made their relationship official.

As the relationship progressed, Tina hinted at her engagement to Vincent in May 2018. The model gave a subtle hint by posting an Instagram picture of them posing together and captioning it with engagement ring emoji.

Eventually, two months later, the couple tied the knot on 24 August 2018 in an intimate ceremony at a city hall in Bidart, France, nearly 500 miles from Paris. Tina wore a custom Vera Wang wedding dress in light ivory with a hand draped French tulle bodice and flowing tulle skirt, and Vincent opted for a linen suit over an unbuttoned lavender shirt. Some of the famous guests to join Tina and Vincent on their happy marriage day were, actress Adele Exarchopoulos- known for Blue is the Warmest Color and the artist JR.

Another Famous Actor:- Who Is Brandon Routh Wife And How Much Is His Net Worth?

Just four months after their fairytale wedding, the couple announced the good news of expecting a child in January 2019,

Then, in April 2019, the pair welcomed a baby girl and named her Amazonie, which is a tribute to Brazil.

Some Interesting Facts About Tina Kunakey