Who Is Brandon Routh Wife And How Much Is His Net Worth?

By LRU Writer | On: December 05, 2019
Brandon Routh is an American actor best known for his portrayal of Superman in the 2006 movie...is married to his long-time girlfriend and wife Courtney...has a huge net worth of around $12 million...earns his wealth through acting in movies and TV series...also has a huge gay fan following due to his portrayal of gay characters...his height, age, and weight facts are given below... 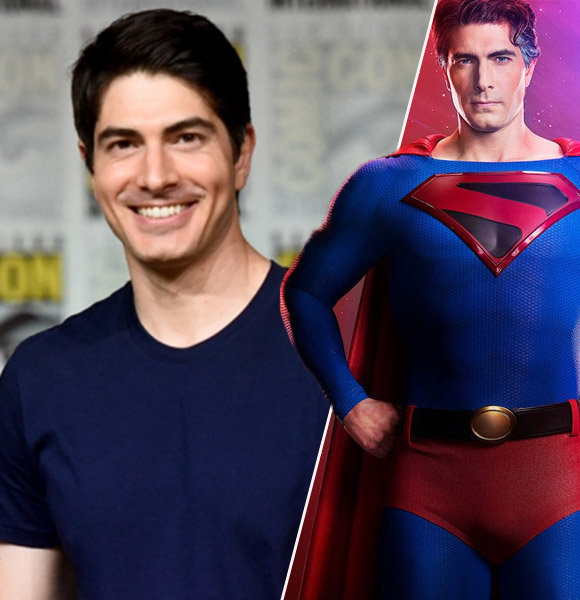 Superman is one of the most-loved fictional characters in the whole world. There have been many movies and TV series based on Superman’s adventures and whatnot. And to portray such a character in front of a camera, and front of the whole world by extension is a big feat.

Among many actors who have portrayed Superman over the years in various movies and TV productions, Brandon Routh is one of the most known of the lot. Brandon played the role of Clark Kent in the 2006 movie Superman Returns.

Now that we’ve got his career slightly covered, let’s move on to talk about his love life. And it would be safe to say that Brandon has kept his private relationships as strong as he has kept his career.

And to answer the immediate question - Yes, Brandon has a wife. He is married to his long-time girlfriend Courtney Ford.

As for their relationship history, the couple goes way back, to 2003 to be exact. Brandon met Courtney at Lucky Strikes Lane Bar in Hollywood when he used to work there as a bartender. Courtney approached him one night when her brother’s wedding rehearsal party was being held there. She kept asking him for drinks all night, and that’s how their relationship started.

And, the couple dated each other for three years before Brandon finally popped the question to Courtney. And, the pair got engaged on 23rd August 2006.

The relationship picked up some serious pace after their engagement, and Brandon made Courtney his wife just after one year of being engaged. They said their wedding vows on 24th November 2007 at the El Capitan Ranch in Santa Barbara.

Talking about his children, Bradon has a son, Leo James Routh, who was born on 10th August 2012. As of now, the couple is leading a happy life with their son. There have been no rumors about the couple splitting up, or about any unrest between the two.

It would probably be safe to say that Brandon earns most of his money through his acting jobs. But, how much wealth has he collected over his years in Hollywood?

Brandon has a net worth of around $12 million. Most of this money comes from his job as an actor.

The actor has 61 credits according to his IMDb page, with his debut role coming in 1999 in the TV series Odd Man Out. In addition to acting, he is also a model. Brandon has appeared for commercials of a Swedish clothing store JC Jeans & Clothes, and also for Observatoire du Pain.

Having starred in so many high-value productions, it is certain that Brandon has received a lot of big paycheques. Not all of his salary figures are disclosed, but he reportedly earned $1 million for his portrayal of Clark Kent in the 2006 movie Superman Returns.

And the wealthy star also owns several expensive real estates. Brandon and Courtney bought a mansion in Beverly Hills, California for a huge sum of $1,213,000 in 2010.