By LRU Writer | On: October 22, 2019
Tommy Fury is a rising star in the realms of boxing...also well known for his appearance on...million-dollar question surrounding him is about his relationship status...is dating...was born in...raised in the family of boxers...stands at the height of...his exact net worth... 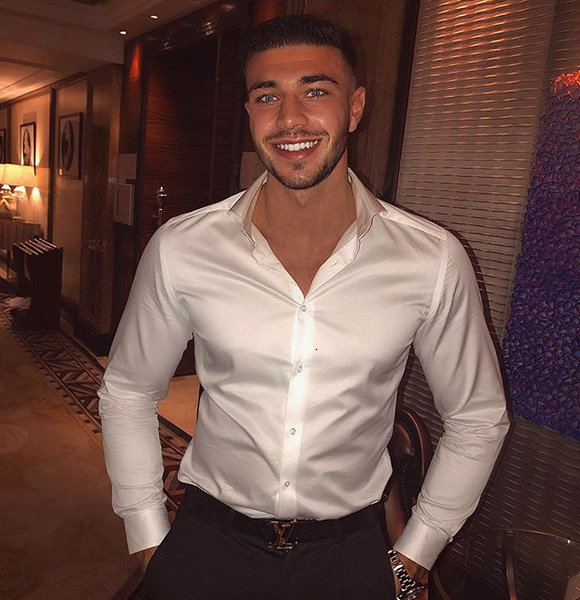 British Boxer-TV personality Tommy Fury is a double threat. He is not only a rising star in the realms of boxing but also a reality star who is well known for his appearance on the British dating reality show Love Island.

Tommy did not win the reality show as he ended up being a runner up in the finale. But, he did steal the hearts of many. Apart from his career as a boxer and reality star, he is also a model. His collective fame has garnered him over 2.9 million followers on his Instagram account.

Who Is Tommy Fury's Girlfriend?

With Tommy's increasing fame, a million-dollar question surrounding him is about his relationship status.

As of now, Tommy is dating Instagram Star Molly-Mae Hague, with whom he was paired in the reality show, Love Island. Although the couple ended up being runner ups, they seem to have won their true love. The couple is going strong as of now. However, it was not a smooth beginning for them. Initially, on the reality show, both Tommy and Millie had eyes for someone else. But eventually, they ended up coming together and became a power couple on the show.

Tommy was born in Wythenshawe, England, on 7 May 1999. His parents are Chantal and the legendary boxer, John Fury.

The fact that he ended up being a boxer does not come as a surprise. He was raised in a family of fighters. His father John, nicknamed "Gypsy," was one of the most renowned boxers in the '80s; who once defeated the then-World Champion Henry Akinwande.

Tommy has been boxing since the mere age of eight. However, he started his professional career only after graduating from high school.

Tommy, who stands at the height of 6 feet 2 inches (1.88 m), has reached quite a height in his career at a very young age. Over a concise period, the 20-year-old boxer has gained success in boxing, modeling, and reality TV.

Over his boxing career, Tommy has had 12 amateur fights, and his latest one was with Callum Ide - which he won. As of now, he is preparing for the world champions. He has large shoes to fill in, but the young lad is just getting started.