By LRU Writer | On: February 12, 2020
Tommy Little is a standup comedian and presenter...known as the host of...started his career in...performed standup comedies...toured with his own show like...reportedly dated The Bachelor Australia...also been linked to...a huge tattoo enthusiast...was born on... is of Australian nationality...comedy tour- I’ll See Myself Out has been announced for 2020... 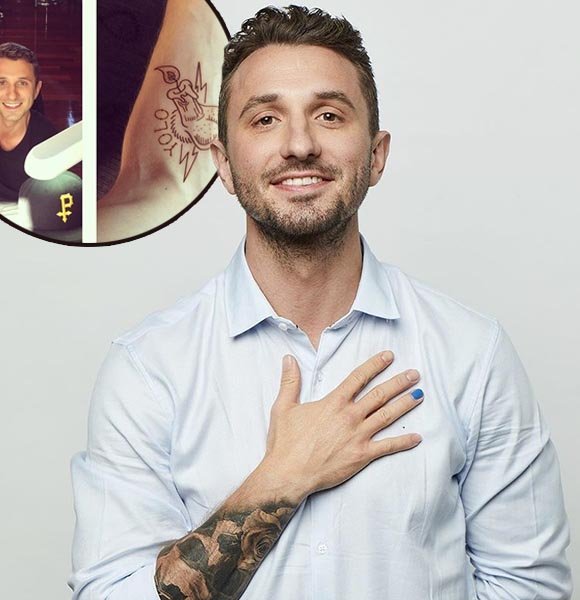 Tommy Little is a standup comedian and presenter, best known as the host of Just for Laughs Stand Up Series from the Sydney Opera House, Australia.

He has hosted Comedy Channel's Whose Line is It Anyway?, and a national radio show on the Australian Hit Network.

Tommy started his career in 2008, as a writer for the Channel 31 talk show. While he was a writer on the show, it won Program of the Year Award and Best Comedy at the 2009 Antenna Awards.

After that, he co-hosted radio shows like the Nova 100. Later, he appeared as a host of the Comedy Channel's Whose Line is It Anyway?, and the co-host of primetime nightly news and comedy program The Project. Apart from hosting various shows, Tommy has also performed standup comedies internationally. He has toured with his show likeThe Last King of Stupid (2018), Self Diagnosed Genius Solo Show (2019), and Heartbreak and Hilarity with Gossling (2017).

Tommy reportedly dated The Bachelor Australia 2019 contestant Jessica Brody in the past.

The news of their relationship came after Jessica's 2019 interview on Studio 10.

At first, Jessica insisted that the two were good friends and had caught up a few times. But later, she accepted that the two had dated in the past. Further, she also joked that Tommy would not be a good Bachelor, as he was not ready to settle down.

Tommy is a huge tattoo enthusiast and has many inks on his body.

Further, the comedian also has a tattoo on his left arm that he likes to call- the funniest ink in the country.

Some Other Facts Including Bio- Age