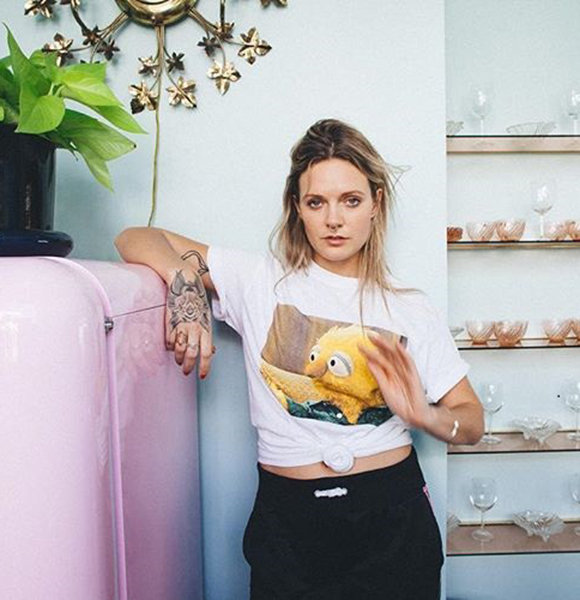 Swedish pop singer-songwriter Tove Lo was the hottest sensation back in 2014.

The musician began her journey as a member of a short-lived band called Tremblebee. She used to perform live on various stages across different venues but decided to pursue a solo career after the musical group got disbanded.

Focusing on her work, she soon came out with her extended play, Truth Serum. After the EP hit the shelf in March 2014, she started building a name for herself in the music industry. Her compelling and robust content helped her sign deals with renowned labels like Island and Polydor.

Along with the release of her hit song Stay High, Tove soon garnered international attention as well. Appearing on the top ten charts in the UK, Netherlands, and Norway, she jumped the spotlight as one of the most sought-out artists.

Tove has found the love of her life but is not yet ready to settle down. The singer is dating an LA-resident boyfriend for over two years now. Although she never revealed his name, her boyfriend turned out to be a man named Charlie Twaddle. With the outburst of love in her social media on the couple's second anniversary, both Tove - aged 31 - and her partner looked deeply in love. While the next step for the two is to get engaged, the singer has not planned on slowing down her career to start a married life with her lover.

However, Charlie is not the only boyfriend she had. Falling in and out of love, Tove did have a few heartbreaks and bad experiences with dating in the past.

While she has never named anyone, the songs she writes and sings are all about her relationships.

Despite slowing down from her initial meteoric rise, the singer is out with new album Sunshine Kitty. With the release of her new song Glad He's Gone in 2019, her career is sure to rise to new heights.

Rising In The World Of Singing:-Dua Lipa Boyfriend, Gay, Parents, Net Worth

In her career spanning over six years, Tove has accumulated a net worth of $5 million.

Coming from a family of mixed-ethnicity, Tove possesses Norwegian, German, Dutch, Finnish, Scottish, and Belgian heritage. She was raised alongside her older brother in a wealthy suburban district of the Danderyd Municipality.

While in school, she became intrigued by the concept of literature and was inspired to create short stories and even poetry. Soon her interest in poems turned into a love for the musical arts. She was more inclined towards pop-music and honed her singing and songwriting skills at the Rytmus Musiker High School.

Although her parents wanted her to pick a more stable profession, the singer of  5 feet 6 inch (1.6m) height went on to pursue a career in music.