Trey Wingo's Net Worth & Salary As Huge As His ESPN Co-Host's? Bio & Facts

By LRU Writer | On: September 09, 2018
Joining Golic and Wingo on 27 November 2017, he had replaced Mike Greenberg, whose net worth is believed to be around...His present co-host, Mike Golic on the other hand, commands $1 million advantage over...He comes from a long line of family members who have succumbed to...Trey and his wife, Janice Parmelee work closely with charities such as...His bio reveals that he’s a father of... 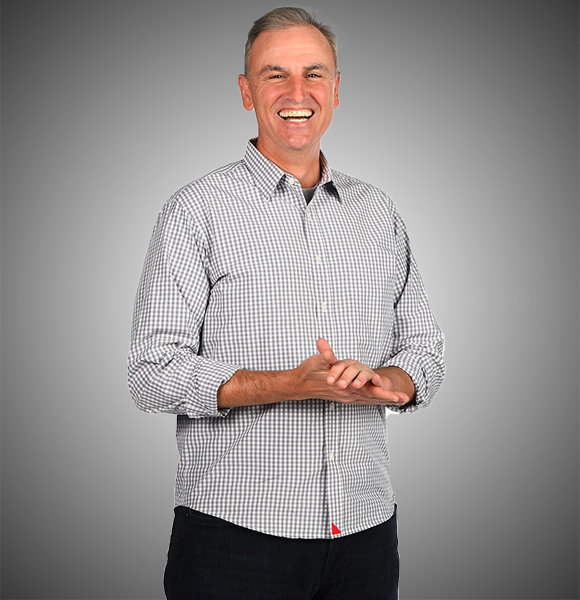 ESPN’s very own Trey Wingo is easily one of the most recognizable faces among the audiences of the renowned sports network. So, it’s only right that he should be placed at the upper echelons of sports commentators, whose earnings from exertions at ESPN is unparalleled.

Despite his impressive income, the SportsCenter host hasn’t bothered to shower his family with the riches.

His salary from his gig at ESPN has provided him with the leverage to dabble in philanthropy.

Trey’s 20+ years stay at ESPN has been seen lows as well as highs, but mostly highs. Since joining the famed sports network, the Baylor University alum has gone on to procure a plethora of laurels.

He’s the anchor of the network’s longest-running highlight show NFL PrimeTime, which has been on the air since 2007. In addition to NFL PrimeTime, Trey has also hosted NFL Insiders: Sunday Edition and Women’s NCAA basketball tournament.

Trey and his co-host, Mike feature on the poster of their show Golic and Wingo (Photo:- IMDB.com)

Joining Golic and Wingo on 27 November 2017, he had replaced Mike Greenberg, whose net worth is believed to be around $14 million. His present co-host, Mike Golic on the other hand, commands $1 million advantage over his predecessor, Mike Greenberg. At $15 million in net worth and $5 million per annum in salary, Mike is assumed to be the richest among the trio.

Although Trey has kept his finances under the wrap, it’s likely that his net worth should at least hit the 8 digits mark. Because of his endorsement deals with brands such as Raymond Weil, NFL Tour, and ESPN NFL 2K5, it will be long before his net worth dwindle downs.

Moving on to his salary at ESPN: An ESPN host on average makes $51k yearly in salary. Given his longevity at ESPN, he is - without a doubt - one of the top earners at the network.

Not all of what he makes is enjoyed by his wife and children. Many people might not know but Trey, age 45, is one of the biggest advocates for the fight against cancer.

His fight against cancer stems from a deep-seated resentment toward the disease. He comes from a long line of family members who have succumbed to strains of cancer.

Over the years, Trey has maintained close ties with Prostate Cancer Foundation and the V Foundation for Cancer Research. Speaking on the latter’s awareness video, the 45-year-old shared stories of losing two of his aunts to cancer. He then revealed how his wife’s father had won the battle against prostate cancer, only to lose his life to pancreatic cancer.

Trey and his wife, Janice Parmelee work closely with charities such as Ronald McDonald House Charities, the Friends of RMHC and Children’s Hospital of Chicago.

His bio reveals that he’s a father of two: a son and a daughter. Both his children are in their late 20’s excelling at their respective field. Trey takes up to his Twitter handle every now and again to update his fans with the news of his wife and children.