Trick Daddy Taking Toll On His Net Worth For Having Too Many Kids But With Whom? Has Wife Or Not? 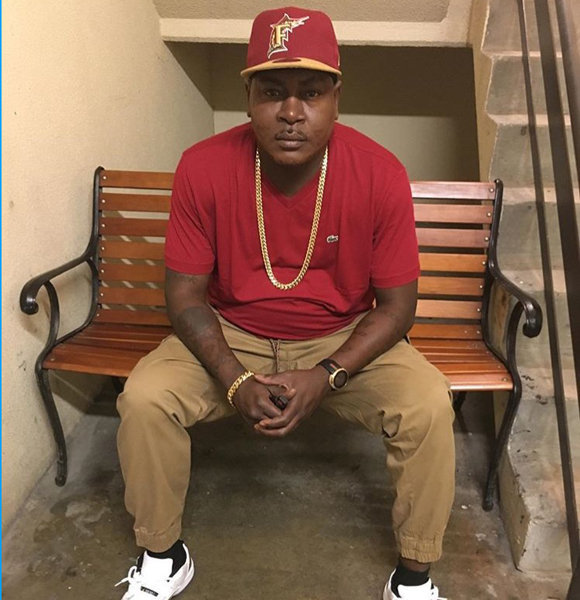 Maurice Young also known as Trick Daddy has been quite a known face from the early 2000s since the release of his singles, I'm a Thug, and I'm So Hood. The Miami rapper’s professional life is moreover an open book, but the same thing does not imply his private side.

After the failure of multiple relationships, Trick Daddy was left with his kids and piles of bills from his babies' mamas.

Learn all about the rapper whose relationship with his kids' mother resulted in him taking a toll on his net worth.

Trick Daddy Has Kids and Wife?

Talking about Trick’s personal life, the star has a total of ten kids, and the artist was married to a hairstylist named Joy. Although the date and venue of their marriage are not disclosed, the partners reportedly parted ways in 2014 but haven't been legally divorced. Trick Daddy and Joy attend an event back while the two were together (Photo: GettyImages)

Trick Daddy, who appeared in the 2018 season of Love & Hip Hop Miami, was forced to face his estranged wife in one of the episodes. While he was about to enter a club, Trick came face-to-face with Joy. He made every effort to avoid her, but as it was her birthday, it would have been rude to ignore the birthday girl. Hence, he got involved in a casual conversation so as not to appear arrogant.

In the show, Trick even accused Joy of leaving him without a valid reason. Joy had earlier mentioned that she wasn't happy with the relationship, to which Trick replied by saying that he had bought her everything money could buy.

Also On: Annie Murphy's Fans Sharing The News Of Her Married Life But Is It True? A Secret Husband Around The Corner?

However, now both Trick and Joy have moved on and are on the way to finalizing their divorce.

After this, his publicly known relationship was with Trina after they were seen together in his song ‘Nann.'

Trick was also rumored to be dating his wife's cousin Trina back in 2017. The pair first appeared in the video of Trick's song, Nann. Later during an interview back in March 2017, Trick revealed that he and Trina had signed a joint album titled "Trick & Trina," which immediately started their dating rumors.

Further, Trick Daddy has also had relationships with eight more women and has ten kids from his affairs. His tenth kid among his nine other kids was born in December 2017.

Back in 2009, while Trick was on the verge of releasing his autobiography, the rapper mentioned that he was suffering from an untreatable disease, Lupus. The autoimmune illness hampers the regular functions of all major organs in the body, including the heart, nervous system, and kidneys. Talking about his health condition, Trick said in a 2009 interview,

“I went to the doctor like 12 years ago. He took all minds of tesrs, because I was trying to get rid of what we call dry skin, she did biopsies and blood tests. She told me I have Lupus. I am allergic highly to the sun, that’s my worst enemy. It’s like an AK-47 with a double clip on it. I could jeopardize kidney and liver failure from the treatment and the medication.”

He also revealed that he had stopped medications after going through the initial phase of treatment due to all the side effects of the medicines.

Trick finally came to terms with his sickness and learned to live with an incurable disease. He argued that if his mother could suffer giving birth to 11 kids from 10 men, he could learn to live with a single disease.

From Collection Of Cars To Bankruptcy

Earlier in his career, the 44-year-old rapper was famous for his grand collection of luxury cars. However, as the years passed, he has been suffering to make his ends meet.

In August 2015, the Miami native filed for bankruptcy as he had a lot of bills to pay while his bank balance got next to zero. Trick mentioned that although he had assets worth $430k in his name, he was in a debt of over $645k. His unpaid finances included $34,837 in child support to one of his past lovers, $22,282 to another, $280k to be paid for his first mortgage, and $290k to the IRS for back taxes.

Even though he was still able to make about $15,000 per month from royalties and club appearances, due to all the debts, he could spend only $550 per month on jewelry and clothes. And according to sources, his net worth tends to be $100 thousand.

As of 2018, he has bounced back from his struggling days and currently enjoys a net worth of $100 thousand providing enough for his kids.