By LRU Writer | On: August 09, 2019
Trixie Mattel is a powerhouse of entertainment who grew to fame when he was eliminated twice in the...flaunted his feminine nature in music videos and even released two studio albums of his own named...an openly gay person, the comedian often jokes about his relationship status in... abandoned his real name Brian Michael Firkus and opted a very subtle name inspired by his favorite... 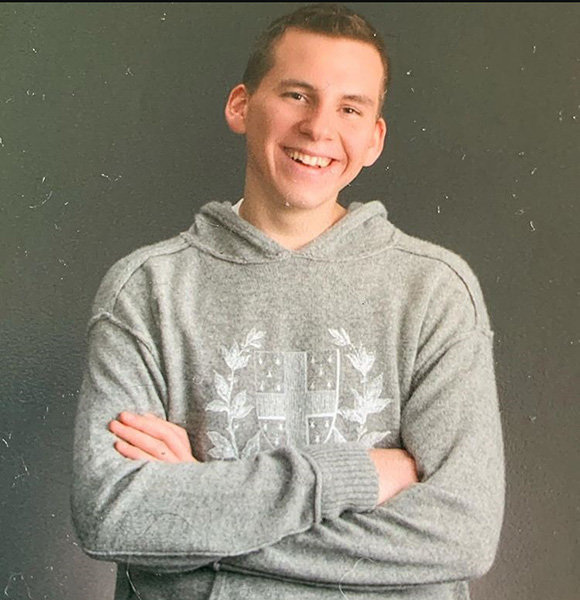 Trixie Mattel is a powerhouse of entertainment who grew to fame when she was eliminated twice in the seventh season of the show, RuPaul’s Drag Race. Despite her initial losses, Trixie eventually went onto win the third All-Stars season of the show.

The Drag sensation flaunted her feminine nature in music videos and even released two studio albums titled One Stone and Two Birds EP, both of which gained substantial critical acclaim. Apart from music, she also performs standup comedy and acting.

Trixie entertained people of all age groups and gender whenever she stepped into the stage or TV screens. But, in real life, she confused her fans by keeping them guessing about her dating status.

Being an openly gay person, the comedian often joked about her relationship via her social media handle. In 2014, she revealed to be dating a boyfriend but didn't mention her partner's identity. The pair dated for two years before parting ways in 2016.

The drag artist also created a lot of buzz in 2017, when Trixie claimed to be dating a boyfriend named David on Twitter.

However, in 2019, she hasn't mentioned David, which has led many to suspect their relationship's fate.

Trixie Mattel was born on 23 August 1989 in Milwaukee, Wisconsin in a native American family. As a teenager, whenever she acted feminine, her abusive stepfather called her Trixie as an insult.

Instead of getting depressed, Trixie abandoned her real name Brian Michael Firkus and opted a very subtle name inspired by her favorite celebrity, Barbie. At the age of 19, the singer made her first on-stage appearance in a performance of The Rocky Horror Pictures Show. After her performance, Trixie immediately landed a spot in the drag reality show, RuPaul's Drag Race. She gained massive recognition from the show, which also made her a popular figure in the entertainment business.

Talking about her physique, the standup comedian stands at the height of 5 feet 10 inches (1.81m).

Once erasing her entry in the mainstream industry, Trixie Mattel made a massive comeback in the entertainment industry with her involvement in the comedy frontier and numerous roles in popular series.

In 2008,  she started performing drags in LaCage NiteClub and became a regular in the drag circle. Her breakthrough came in 2014 when she dropped his Institute of Beauty and Wellness to participate in the famous American reality show, RuPaul’s Drag Race.

Trixie's stay there did not last very long as he faced a controversial exit from the show. But, the disqualification made her even more famous as she appeared in the web series UNHhhh which ran for 73 long episodes.

Trixie was also seen touring the world and performing in various venues. As of now, the drag sensation is teaming up with his RuPaul’s Drag Race sensation Katya Zamolodchikova. She is even planning to start her very own comedy show, which will not only bring her a fortune but also propel her net worth to a career-high.