By LRU Writer | On: February 06, 2020
American television personality, Ty Pennington is...best known as the host of...won two Primetime Emmy...reportedly started dating...many sourced had claimed them as husband and wife...did not want to get married...age now...got recruited by a modeling scout during his...relationship with his girlfriend...a net worth of...stands at a height of 6 feet (1.83 meters)... 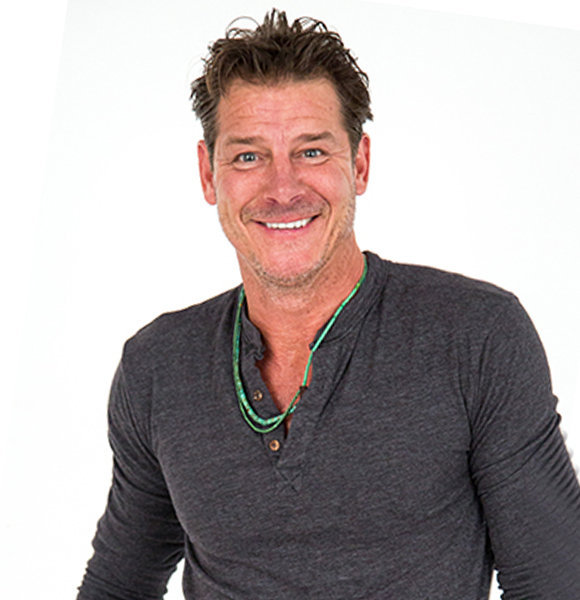 American television personality, Ty Pennington is a man of many talents; he is a reality star, television host, model, carpenter, and a renovator.

He is best known as the host of ABC's TV's Extreme Makeover: Home Edition from 2003 to 2012. For Extreme Makeover, Ty has won two Primetime Emmy Awards under the Outstanding Reality Program category.

Ty Pennington is not a married guy. However, he has been in a long-term relationship with his girlfriend, Andrea Bock.

Because of their long history, many sourced had claimed them as husband and wife. But, during an interview with Parade Magazine in 2008, Andrea cleared the air:

Not married, but we’re still together. We’re definitely a team.

A year later, the couple stated that they did not want to get married because they were having a great time together. After that, the duo kept their relationship a low key affair. Ty Pennington with his girlfriend Andrea Bock in Miami in 2016 (Photo: Zimbio)

The last time they made their public appearance was at a Miami beach in 2016.

He was raised by his mother, Yvonne Bruton, who was a psychologist. Later, his mother remarried, and Ty's last name changed from Burton to Pennington.

Ty's interest in carpentering and designing started at a very young age. As a 12-year-old, he designed a three-story treehouse along with his neighborhood kids.

Following his passion, he was on the way to pursue a career in designing and carpentering. But, his career path changed when he got recruited by a modeling scout during his final semester at college.

After that, his modeling career started, during which he appeared in advertisements for Diet Coke, Macy's, Levi's, and many more brands. Moreover, he also modeled for brands like J.Crew, Swatch, Body Glove, and Land's End.

But after spending years in modeling, he came back to carpentry and renovating. Then, he booked Extreme Makeover, which eventually made him a household name.

In 2019, Ty involved himself in the TV Series documentary project, Small Business Revolution: Main Street (2018-2019), that showcased the stories of small businesses in America.

According to Celebrity Net Worth, Ty's career as a television host, model, carpenter, and a renovator has rendered him a net worth of $12 million.