By LRU Writer | On: March 03, 2020
Tyler Cameron is a reality TV star and a former college football player...is famous for his appearance on The Bachelorette in 2019...was in a rumored relationship with Hannah Brown...then dated Gigi Hadid for about two months...his parents are Jeff and Andrea Cameron...has two brothers...his height is 6 feet 3 inches or.. 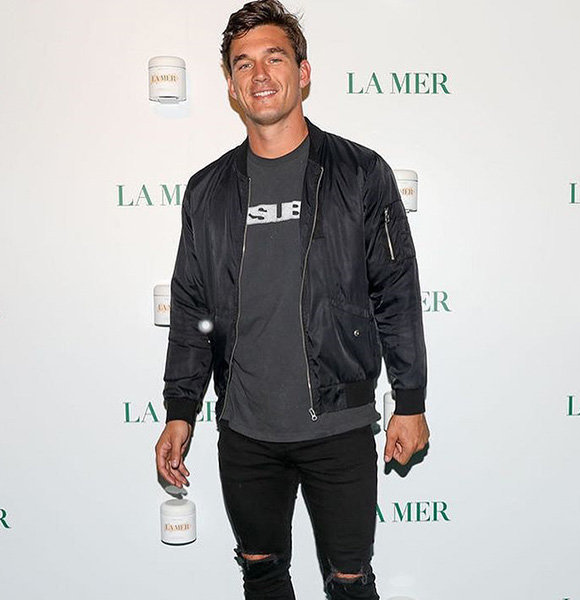 Tyler Cameron gained fame after being cast in the 15th season of The Bachelorette. He appeared on all the ten regular episodes of the show, as well as a special episode and both parts of the season finale, making it 13 appearances in total.

Other than The Bachelorette, Tyler has also appeared on other shows such as Entertainment Tonight (2019) and Lights Out with David Spade (2019).

Tyler also has a solitary acting credit. He portrayed Danny in an episode of the TV series Single Parents in 2020.

Tyler Cameron was on The Bachelorette alongside the lead of the show, Hannah Brown, and Jed Wyatt. He became the runner up as he lost out to Jed Wyatt. Jed was the eventual winner of the show, and he even got engaged to Hannah.

However, on the finale of the 15th season of the show in 2019, Hannah revealed that she had broken her engagement with Jed. Then, in the same episode, she asked Tyler out for a drink. A couple of days later, Tyler and Hannah spent a night together at her house. He was seen exiting her house on the 1st of August 2019.

Tyler reportedly started dating Gigi Hadid shortly after he was spotted exiting Hannah's residence on the 1st of August 2019. Tyler and Gigi publicly got together in around early to mid-August 2019 as they were spotted on a date in New York City. Tyler Cameron with Gigi Hadid on the 14th of August 2019 (Photo: Daily Mail)

Following their first date, Tyler and Gigi spent a lot of time together in NYC. Reportedly, she even introduced him to her friends.

But, after about two months, they decided to slow things down. The news of their split surfaced in early October 2019 as they ended their relationship a few weeks before. The ex-couple amicably and went their separate ways for the time being.

Tyer was born on the 31st of January 1993 in Jupiter, Florida, the United States. He is the son of Jeff Cameron and Andrea Hermann Cameron. His parents divorced after they lost their house situated at Loxahatchee River at the end of Marlin Drive, Florida, during the Recession. Andrea passed away on the 2nd of March 2020.

Tyler has two younger brothers, Ryan and Austin. Austin has joined the US Army and is in the 4th platoon, 3rd regt. advanced camp based in Fort Knox, Kentucky.