By LRU Writer | On: October 31, 2019
American actor Tyler Young rose to fame... shared quite the intrinsic relationship with...many believed...was actually gay... committed to his long term... was born...in a family of four alongside...stands at an astounding height of... has appeared in many movies and TV shows... a hefty sum as his net worth... 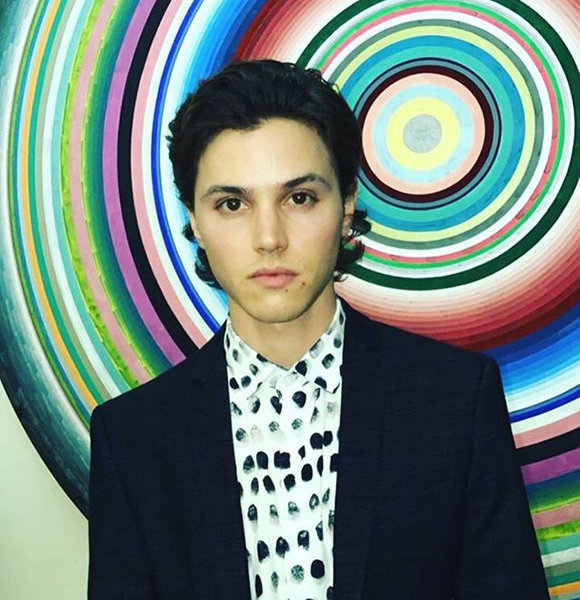 American actor Tyler Young rose to fame from his appearance on the USA Network series Eyewitness. From his portrayal of a gay teen in a very complicated situation, he has proved that he is not only blessed with alarming good looks but also poses an immense amount of talent.

Apart from his breakthrough role in the Eyewitness, he has also had roles in critically acclaimed series like Empire and Chicago Fire.

Well, in the hit show Eyewitness, Tyler's character Philip shared quite the intrinsic relationship with Lukas, portrayed by James Paxton. His on-screen chemistry with his co-actor was so convincing that many believed the young actor was gay. Further, the fans of the show also gave a ship name for Philip and Lukas- Philkas.

However, to their dismay, Tyler is a straight guy in real life. He is fully committed to his long term girlfriend, Iliana Raykovski. Although not much is known about how it all started, Tyler and Iliana reportedly began dating in 2014. With five years of togetherness, the couple seems to be going pretty strong.

You May Be Interested:- David Mazouz Girlfriend, Dating, Parents, Net Worth

Further, both Tyler and Iliana do not shy away from showing their love for each other on their social media.

Tyler was born Tyler Matthew Young on 17 December 1990 in Chicago, Illinois. He grew up in a family of four alongside his brother- Stephen Young, who is a well established interior designer.

The actor has kept his family details pretty secluded, so not much is known about his parents. However, from his social media posts, it's pretty apparent that he shares a solid bond with them.

Tyler, who stands at an astounding height of 6 feet (1.83 m), realized his true passion at an early age. He received his acting training at The Theatre School of DePaul University and The Second City Training Center.

Over his career, Tyler has appeared in many movies and TV shows. However, his career reached new heights after his critically acclaimed role in the show, Eyewitness. His character in the show not only represented the LGBT group in the showbiz but also proved his acting versatility.

After that, he was cast in a 2017 film called The Mystery of Casa Matusita and in the acclaimed ABC limited series, When We Rise.

In the past few years, Tyler has established himself as a budding actor in Hollywood. From his rising career, it's pretty evident that he managed to accumulate a hefty sum as his net worth. Although his exact net worth has not surfaced yet, Tyler presumably earns more than an actor's average salary of $50,000.

And in 2019, he is set to star in the upcoming Dimension Films horror film, Polaroid.