By LRU Writer | On: August 18, 2019
Tyrod Taylor is one of the first athletes to create a controversy regarding the pronunciation of...enjoyed a lot of success in his career, but the same cannot be portrayed in terms of his dating or...was straight away drafted in the sixth round by the Baltimore Ravens in...was sure shot in the starting lineup and earned a total of $14,500,000 during his three-year stay with... 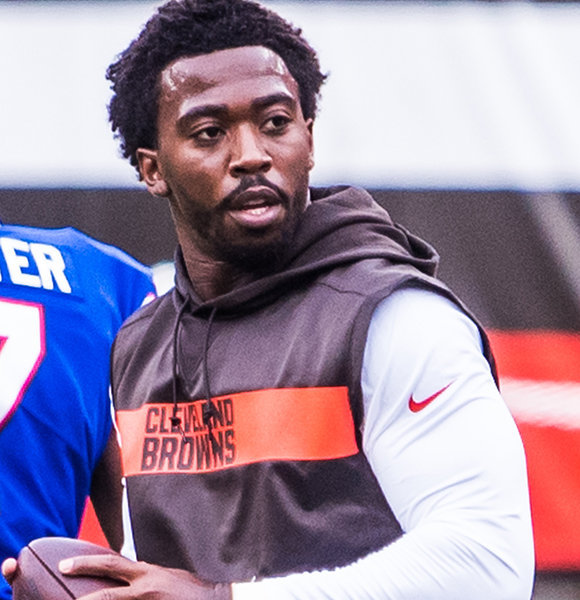 NFL superstar quarterback, Tyrod Taylor is one of the first athletes to create a controversy regarding the pronunciation of his name.

Claiming his name should be pronounced with a hard "Y," Tyrod made quite a hassle with the issue. However, it turned out that even his parents didn’t have an idea of how to correctly pronounce his name.

Despite getting indulged in controversies, the Buffalo Bills star has also created an image for himself irrelevant of his identity.

Tyrod Taylor enjoyed a lot of success in his career, but the same cannot be portrayed in terms of his dating or married relationship.

Despite a hectic schedule between training and playing matches, the Chargers backup managed to spark chemistry with internet personality Kayla Phillips in 2013. Kayla, on the other hand, was infamous for dating wealthy men and luring them into a trap by getting pregnant with them.

After a few months, the couple parted ways and since then have not crossed paths. As of now, the new Chargers recruit single. Tyrod looks in no hurry to get married and settle down with a wife.

The new Los Angeles Chargers quarterback was born on 3 August 1989 in Hampton, Virginia to parents Rodney and Trina Taylor. Tyrod is the only child of his parents in a small family of three.

As a single child, Tyrod attended Hampton High School. There, he learned to play quarterback, safety and returned to kickoffs for his team. Soon, he made the transition to Virginia Tech College in 2008 and became the ACC Championship Game MVP. Even at a young age, his physical abilities were unmatched. Measuring tall with a height of 6 feet 1 inch (1.85m) and possessing a weight of 98 kgs, his multi-dimension gameplay impressed everyone.

During his college playing days, Tyrod was also named the 2010 ACC Player of the Year. After the success, he was straight away drafted in the sixth round by the Baltimore Ravens in 2011.

However, the 30-year-old player does not always focus on sports. The athlete also believes in giving back through his foundation Tyrod Taylor Foundation, which aims to support the positive advancement of youths.

Tyrod Taylor was the most experienced dual-threat quarterback who could kick return as well as act as a safety for the Buffalo Bills.

While his tenure with Bills, he was sure shot to the starting lineup and earned a total of $14,500,000 during his three-year stay with the club. It was in those three seasons where he produced several match-winning performances, quickly being the face of every sporting brands and sponsorship company.

In 2019, Tyrod was signed on a two-year deal worth $11 million with the Los Angeles Chargers, which saw his net worth rise upto $1.6 million-mark. The quarterback was picked as a backup for the Chargers regular Philip Rivers. Now, he is rearing to hit the pitch as the new season kicks off soon.