By LRU Writer | On: October 23, 2019
The British TV personality who shot towards fame through the famous TV series Love Island in 2018...Wes Nelson has been in quite the dating spree; especially after breaking up with...As per the most recent news of the reality TV star, Wes was found dating...the relationship was short-lived...Wes Nelson was born on...His total net worth is... 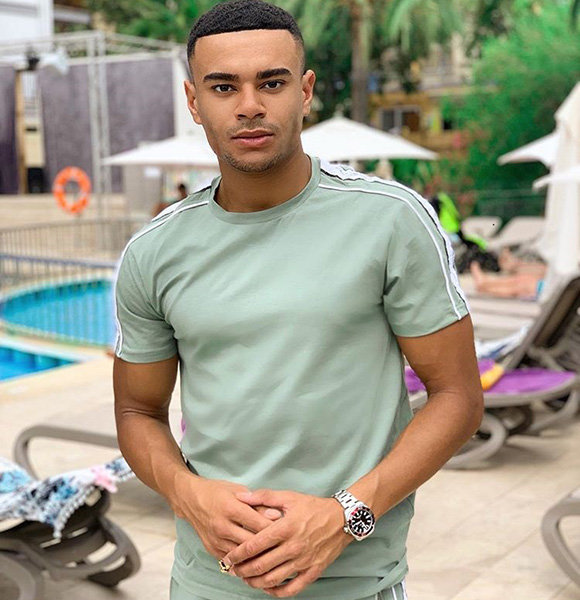 The British TV personality who shot towards fame through the famous TV series Love Island in 2018, Wes Nelson, went through quite the drama in his love life.

With his dating relationship with Megan Barton-Hanson and other girlfriends, it is a rollercoaster ride for even the fans to follow in.

Wes Nelson has been in quite the dating spree, especially after breaking up with Megan Barton-Hanson in January of 2019.

As per the most recent news of the reality TV star, Wes was found dating Arabella Chi in August. As soon as the Love Island star confirmed his relationship in August 2019, the duo went overseas for a romantic break in Ibiza. Wes posted a picture on Instagram with Arabella showing that they were still going on stronger than ever. Before Wes started dating Arabella, there were reports that he was found kissing a look-alike of Megan Barton-Hanson named Olivia. The two were celebrating Liverpool’s historic 4-0 win over FC Barcelona in the Champion’s League Semi-final.

The duo had shared an immediate connection when they first met at a fashion party in Dublin thrown by a clothing brand called Nasty Gal. However, the relationship was short-lived as the duo broke up after only three weeks of dating. The pair reportedly got in a raging argument in a nightclub in Los Angeles as Wes kept acting like a single man.

Out of all the relationships Wes was involved in, the most memorable one was with Megan Barton-Hanson. The two started their relationship from the 2018 season of Love Island. The pair seemed firmly in love during the show. Unfortunately, things did not seem to go the way everyone expected.

Things took a wild turn as the news of the couple's split took over. Reports allegedly said that Wes was found sexting with another co-star from Love Island who remained a mystery. To Wes’s defense, he purportedly mentioned that the two talked about cuddling, but Megan still felt betrayed. The duo ultimately broke up in January 2019.

But, the story of Megan and Wes was far from over. The two were even reported having passionate conversations long after the break-up. It was also said that the two spent the night together on Megan’s 25th birthday. Sadly, this was not a sign of the couple patching up as Megan branded Wes as a selfish scumbag.

Wes Nelson was born on 18 March 1998 in England. He grew up with a brother named Curtis Nelson, who is a former captain of the football club Plymouth Argyle. His parents kept a low profile, but they appeared in an episode of Love Island.

Professionally speaking, Wes is an Electrical and Nuclear System Design Engineer. But he revealed in Love Island Reunion show that he completely stepped out of his job to follow up on the opportunities laid in front of him.

Since then, he has appeared in different reality TV shows such as X-Factor: Celebrity, Dancing on Ice, and Love Island.

Through the height of fame in the TV series Love Island, Wes reportedly earned a whopping $300,000 from an exhaustive 56-date PA club tour across the nation. As per his other works on-screen, Dancing on Ice reportedly paid him between £20,000 and £100,000 for his participation. His total net worth is, however, not known to the public.