What Is Joanna Gaines Ethnicity? More About Fairytale-Like Her Married Life With Husband

By LRU Writer | On: April 24, 2017
What Is Joanna Gaines Ethnicity? More About Fairytale-Like Her Married Life With Husband Joanna Gaines is one-half of one of the most successful real estate couples along with her husband. She and her husband run a reality show "Fixer Upper" which has made them the real estate power couple that they are known to be.

Joanna Gaines is one-half of one of the most successful real estate couples along with her husband. She and her husband run a reality show "Fixer Upper" which has made them the real estate power couple that they are known to be.

So today, let us take a look at the relationship between Joanna and her husband and we also solve the mystery surrounding her ethnicity.

Joanna And Her Married Life With Her Chip Gaines:

Joanna is married to her husband and her professional partner Chip Gaines since the year 2003. The couple has the privilege to parent four adorable children together and the kids the couple share has played a pivotal role in making Chip and Joanna's marital bond even stronger. Caption: Chip and Joanna Gaines married each other in 2003, with not many guests there to witness the ceremony. Caption: The Adorable Family Picture of The Gaines.

The two first met back in 2001, and for those who did not know, the two even attended the same university, Baylor University.

Joanna revealed that Chip was the one to hit off as the two met at Joanna's father's automotive shop. Joanna explained,

“We met in the waiting area and hit it off immediately. He was genuinely engaging and he had such a sincere smile.”

However, being the funny man that Chip is, he disagreed to that and stated that he had seen her before they met in person. He elaborated his claims by saying he saw Joanna in a photograph hung at the counter of Joanna's father automotive shop. In his words,

“Her dad made the mistake of putting a pic of their family [including ‘Jojo’] behind the counter at his [automotive] shop. I knew I’d marry her one day just by the picture on the wall.”

But despite sharing a love relationship and a marital life so intense, the two state that they are "polar opposites" from one another.

Here is a video where the two look back at the journey of their relationship, and it shall shed more light to the statement above.

Caption: The Love Story of The Gaines in their own words.

Joanna provided a statement that adds more fuel to the fire.

“If you give Chip a boundary, he’s going break that boundary,”

“If you give him a rule, he’s not going to follow it. If you tell him he can’t go past this line, he dips his toe over it.”

However, the two who have worked together and fixed other's houses seem to have fixed theirs too as the social posts of Joanna suggest.

Another #fixerupper reveal down today for Season five! @hgtv #season5iscoming

Today started off with me holding one of our new baby goats and counting chickens... I knew it was going to be a good one. THANK YOU for all the kind words and birthday wishes ???

Nice to know that the love between them is getting stronger with time!

And to answer all your questions regarding Joanna's ethnicity, in an interview, when she was asked about her ethnicity, she answered,

I love hearing all the guesses- Although I did play Pocahontas in high school, I am not Native American. My father is half Lebanese/half German and my mother is full Korean. 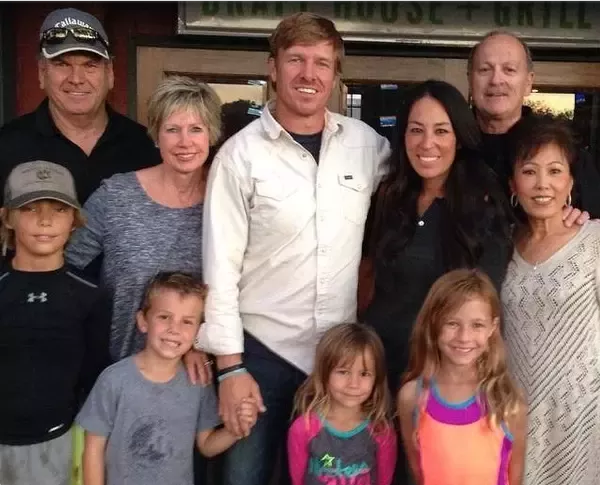 Hope that answers all the question about her ethnicity!

Joanna has been a successful personality when it comes to her professional career. She is the co-founder and lead designer of Magnolia Homes, and along with her husband, she runs a very successful show named "Fixer Upper." The two have seemingly worked together to fix and renovate several houses, and as a result, she has been able to earn a good sum of money as her net worth of a million shows.

Stay with us to follow the journey of the Gaines!