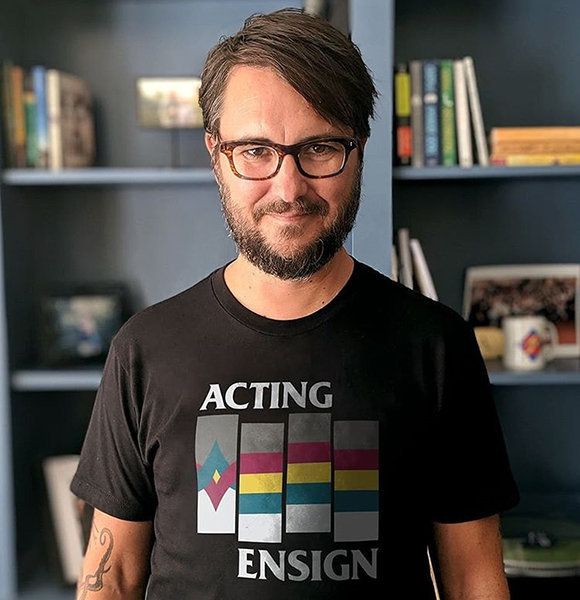 Famous among the Star Trek fanbase Wil Wheaton portrayed the beloved Wesley Crusher in the hit TV series, Star Trek: The Next Generation.

Known for a successful on-screen career, he sure had someone who gave him undivided love and support throughout. This woman is the love of his life and also the star's wife.

Who is Wil Wheaton's Wife?

The actor is happily married to Anne Wheaton (formerly named Anne L. Prince), Wil met his wife, Anne, on the 31st of December 1995 at a New Year’s Eve party organized by their mutual friend, Stephanie.

However, nothing out of the ordinary happened between them on their first encounter.

Nevertheless, after a few days, Stephanie invited Anne to the movies and informed her that Wil was coming along. This was the time that they got to know each better; since their first actual encounter, they have always been together to date. After about four years of dating, Wil proposed to his now-wife, and then the duo got married on the 7th of November 1999.

Wil's wife had them when she was young, and they were still babies when his wife Anne met Wil for the first time in 1995. Even though Wil is not the biological father of both his sons, he sure loves them like his own.

This can be seen as Ryan and Nolan both asked their father to adopt them; Ryan did so when he was at home alone with Wil, staring at laser lights together. And Nolan asked him to adopt him at Comic-con. Wil was joyed and agreed to do so, both times.

The family of four now happily resides in Pasadena, California, the United States. Apart from his amazing family life, he has worked hard to make a name for himself in the entertainment industry as well.

Wil began his career in 1981 with a role in the TV movie, A Long Way Home. Since then, he has managed to gather more than 120 credits as an actor, with three credits each in the writing, production, and soundtrack department.

His first acting job was in a Jell-O Pudding Pops commercial alongside Bill Cosby.

Talking about his acting career, Wil has worked as an on-screen actor portraying characters, as well as giving voices to characters in different animated TV shows and video games.

For his writing and producing jobs, he has created and produced the TV show, TableTop, which ran from 2012 to 2015. He also worked as the storyline writer and producer in 10 episodes of the TV series, Titansgrave: The Ashes of Valkana in 2015. Finally, he was a contributing writer in the 2002 TV series Arena and produced one episode of The Wil Wheaton Project in 2014.

Because of his phenomenal career, the actor has accumulated a net worth of $1 Million, according to celebritynews.com.

Wil Wheaton, also known as Richard William Wheaton III, was born on the 29th of July 1972 in Burbank, California, the United States, to Rick and Debbie Wheaton.

Standing at the height of 5 feet 10 inches (1.78 meters), he has two younger siblings: Jeremy Wheaton and Amy Wheaton.