By LRU Writer | On: November 22, 2018
Wolfgang Van Halen, who is adding to his family name as a bassist for Van Halen, is currently dating...Wolfgang and his girlfriend...have been together for...years since they began dating back in... The Bassist, who belongs to a famous family, enjoys a net worth of... 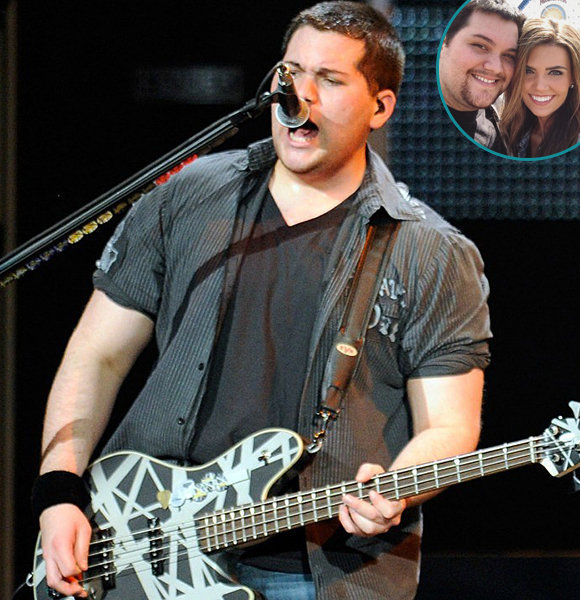 It's been a long time since American musician, Wolfgang Van Halen found his significant other in the form of a loving girlfriend. While the couple is a fan favorite, many are disappointed that the guitarist has not yet tied the knot with his lover.

The musician, who followed his father's footsteps into the world of music at an early age, had shown no hurry when it came to getting serious in his relationship.

However, the Van Halen bassist might have changed his mind as he could be getting married to his girlfriend soon.

Starting his musical journey just at the age of 15, Wolfgang thrives in his career as a musician. His love life is no less as he shares a passionate romance with his girlfriend of years. But the critical question here is, are they set to get married?

Wolfgang Van Halen, who formerly played for the heavy metal band, Tremonti, is now committed to Van Halen and his girlfriend. 'He is deeply in love with Andraia Allsop, who goes by the name, @andraia.allsop on her Instagram.

Andraia, who is a software engineer by profession, and the bass player have been together for a while now since they began their relationship back in December 2015. Currently, the couple is in the second year of their romance with the upcoming third anniversary on 27 December 2018.

Previously in December 2017, the pair marked their second anniversary through a post on their social media. Wolfgang posted a picture of him with his girlfriend on his Instagram while showering love upon his partner.

In the picture, the couple looked cozy in each other's company while having all smiles. The musician, who has a net worth of $10 million, captioned the picture writing,

2 years with this beautiful lady â¤ï¸ I love you, babe!! Well, Wolfgang and Andraia are undoubtedly cherishing their time together.

Likewise, the son of legendary guitarist Eddie Van Halen does not miss out on any chance he gets to appreciate his girlfriend. Recently, he sent out birthday wishes to his girlfriend through a post on Instagram. He posted a picture with his possible future wife in which the pair is seen posing in front of the Paradise Pier.

Don't Miss: Billy Sheehan Is Not Gay But Married! Showers Love Over wife

He captioned the picture passing out birthday wishes to his girlfriend while appreciating her presence in his life. Adding to it, he even revealed that Wolfgang and Andraia shared almost similar birth dates. It turns out their birthday is only a day apart.

Well, by the looks of it, they are the perfect match for each other. Andraia sure is Wolfgang's possible wife.

While the couple is enjoying every small moment that they get to spend with each other, they have not shown any signs of taking a step forward in their relationship by getting engaged or even married. Even though the pair has already been together for more than two years, there has not been any news of their wedding yet.

Well, Wolfgang, who has a lesser interest in weight loss, must be waiting for a perfect timing to pop the question to his girl.

You may also like: Calum Hood Totally Open To Dating! Ideal Girlfriend Is Way Cool; You Should Meet Her

Wolfgang, now at the age of 27, must a planning something special to surprise his sweetheart as he gets down on one knee and present Andraia with an engagement ring. Well, he is much open about his relationship with Andraia to his admirers and would inevitably reveal the news of their engagement.