By LRU Writer | On: November 03, 2019
Zach Callison is the voice of Steven Universe on...is currently single and has no girlfriend...is not gay...grew up with parents and his older siblings...is 22 years of age as of...has a height of 5 feet 10 inches or... 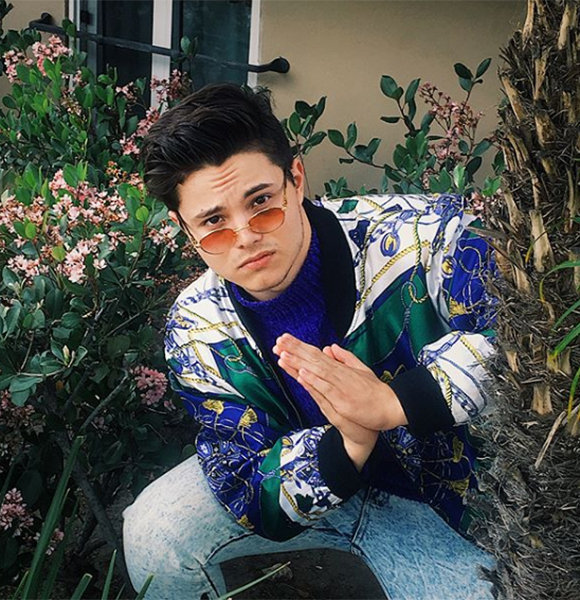 Steven Universe is one of the longest-running and most-loved cartoon series in the Cartoon Network channel. It is adored by kids, and Steven Universe is the lead character of the show. But do you know who gives voice to this adorable character?

Well, Zach Callison is the voice of Steven Universe since the start of the series in 2013. And, he has grown along with the character he portrays on the show.

But how much do you know about this 22-year-old actor's personal life and career progression? Find out in the article below.

One of the most frequently searched things about Zach is his relationship status. And, the interest is justified considering his looks and talent.

It might come as a pleasant surprise to most, but Zach seems to be without a girlfriend for now. The handsome actor has not been spotted in public with any woman, nor has been linked to anyone in the media.

The lack of speculations about his dating life naturally raises questions about his sexuality. But, to put a fans' minds at rest, Zach is not gay. However, contrary to his personal life choices, the series Steven Universe is considered to be one of the queerest shows on TV.

Zach is the son of Ed Callison and Nanette Callison. He was born on 23rd October 1997 as the youngest of three children of the Callison family. The actor of height 5 feet 10 inches (1.78 meters) grew up alongside his siblings; older brother Wes Callison and older sister Andrea Callison. The actor also has musical talents, and he pursued music from his early days. He was homeschooled from fourth grade to high school, and he simultaneously took singing classes at a local community college at the age of seven.

After pursuing theater for a while, Zach decided to move to Los Angeles to make acting his full-time career. The actor ended up staying in LA for the next ten years of his life.

Already interested in music, Zach's passion for singing and songwriting increased after he had his first studio experience in 2016. The Cartoon Network star's motivation to pursue music as a career grew from that time, and he finally started composing songs and putting to use his piano and singing lessons he received in his childhood.

The St. Louis native enjoys a career full of a variety of characters and interests. Zach has tried his hands on various fields of the entertainment industry - acting, voice acting, and music.

Having already amassed 63 acting credits in such a short career, Zach is undoubtedly destined to greater recognition and success. Well, he made his acting debut in a movie named Ghost Image in 2007.

And ever since his debut, he hasn't looked back once, working in projects such as Steven Universe, Sofia the First, Justice League: War, The Wind Rises, etc. He also gave his voice in the 2019 TV movie adaptation of Steven Universe.

Aside from acting, he has also released an EP named A Picture Perfect Hollywood Heartbreak. Zach also sings songs for Steven Universe's movies and TV series.

All this hard work and talent must mean that he owns significant net worth. But, Zach is yet to disclose any information or exact figure regarding his net worth and salary.