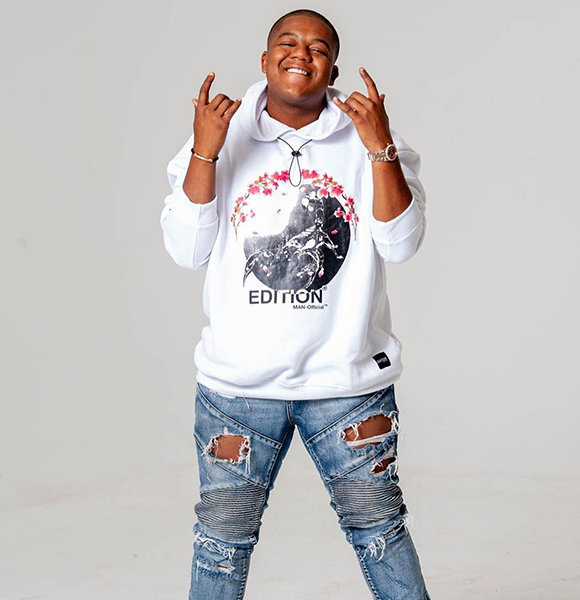 Kyle Massey may not require an introduction to Wizard of Oz enthusiasts. For those who are unfamiliar with Kyle, he is an American actor, rapper, and singer. During his tenure in show business, he has worked in both the music and acting areas.

Since his portrayal as Cory Baxter on Disney's That's So Raven, he has been in a number of films, including Life is Ruff, Gotham, Being Mary Jane, and others.

He has also risen to new heights in his music career by singing theme tunes for Hollywood Records and Walt Disney Records.

Kyle Massey (full name - Kyle Orlando Massey) was born on August 28th in Atlanta, Georgia, United States. He is 30 years old, as shown by his birth year of 1991.

He is the youngest son of Angel and Michael Massey, who share the same birthdate. He stands 5 feet 7 inches (1.65 m) tall and has signature buzz-cut hair. Kyle also has an older brother, Christopher, who works in the entertainment sector.

Regarding his work in society, Kyle, along with his brother, serves as StarPower Ambassador for Starlight Children's Foundation.

Kyle has had a fair share of women during his life. But, it seems like he has finally settled down with one.

The actor-cum-musician is in a relationship with Hana Giraldo, and they have been going out with each other since October 2017. The pair is still going strong, posting sweet photographs of each other on their Instagram pages.

Kyle, on the other hand, dated a few other women before settling down with Hana.

Bristol Palin, a former Dancing With the Stars competitor, was in a live-in relationship with the That's So Raven star. Kyle and Bristol initially met during the performance, and they hit it off right away.

Bristol and her then-two-year-old son Tripp relocated to Los Angeles to live with Kyle in May of 2011, and their relationship became stronger over time. The connection, however, did not endure long, and the pair eventually divorced.

That's not the end of the list, as Kyle also reportedly dated Maiara Walsh for two years between 2007 to 2009. But, the relationship eventually ended, resulting in nothing significant.

There have been a few speculations and controversies surrounding Kyle. Some have turned out to be rubbish while some are ongoing and serious.

Kyle was rumored to be gay a few years back. But, his heterosexual relationships proved those gossip to be utterly false.

Following the gay allegations, reports surfaced that Kyle was dying of cancer. He did, however, address the news, calling the prank "Just plain Classless."

However, in March of this year, Kyle became embroiled in a serious accusation. A 13-year-old girl filed a sexual misconduct lawsuit against the former child actress.

Kyle sent her obscene photographs and videos of himself, according to the complainant, and she sued him for $1.5 million.

Kyle, on the other hand, has disputed the accusations, calling them "baseless."

Kyle is a multi-talented and hardworking actor who has worked in the entertainment industry for a long time. And his net worth is justified by his effort and talent.

Kyle has a $3 million net worth. The majority of this is due to his acting and singing careers.

His brother Christopher, on the other hand, has a net worth of roughly $300,000.

Kyle has been living a comfortable life with his huge wealth.

Stay tuned to get more updates on Kyle Massey.