By LRU Writer | On: May 27, 2019
Zack Gilford is an American actor...married his girlfriend after dating for two years...wife suffered a miscarriage...opted for surrogacy ...rose to fame with the American drama TV series, Friday Night Lights...part of numerous TV shows and movies... 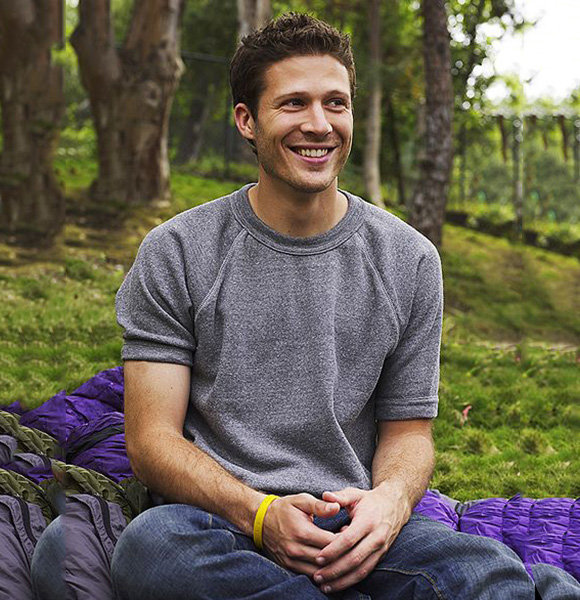 American actor Zack Gilford rose to fame with the American drama TV series, Friday Night Lights. He has been part of numerous TV shows and movies. 2019 has him playing the lead role of Ben Walker in American police procedural drama, L.A.'s Finest.

Zack was born into the family of Anne and Steve Gilford on 14 January 1982.

He spent his childhood in Evanston, Illinois, United States. For education, he did not go far from his home; he attended Evanston Township High School and graduated in Theatre from Northwestern University.

Regarding his measurements, the actor stands tall with a height of 5 feet 8 inch (1.73 m).

Zack is one of those people, who have it all. He is in a marital relationship with the beautiful actress, Kiele Sanchez. The pair first met in 2010 at the set of the ABC pilot, The Matadors. They started dating shortly after. And, after two years of dating and getting to know each other. Zack and Kiele married in 2012.

This was not Kiele’s first rodeo. She was previously married to screenwriter and director Zach Helm. They divorced in 2008 after being together for seven years from 2001.

A Loss and A New Beginning

Everything was perfect in the couple’s life. Adding to their happiness, the couple was set to experience the joy of being parents in 2015. Keile announced she was pregnant in mid-2015.

However, fate played a cruel move on them and Kiele had a miscarriage a month before she was expecting.

Moving on through the tragic phase, the couple opted for surrogacy and welcome a daughter in 29th of November 2017. They named the new addition to their family with a tribute to Zack’s grandmother, Zeppelin Adele.

Whether it's bad or good, everything happens for a reason.

Zack took up acting when he broke his leg while playing football in high school. And, that event changed his life forever.

Shortly after completing his university education, he landed a role in an episode of Law an order: Special Victims Unit in 2005. A year later, he became a recurring role in the main cast of Friday Night Lights.

Since then, Zack has been a part of various TV shows and movies. His most notable role was as Shane in The Purge: Anarchy. For this acting on the movie, he was nominated by MTV Movie Award for Best Scared-As-Shit Performance.

He still has a lot of projects in the line. However, despite his busy schedule, he, together with his wife, does find time for his family. Also, with his net worth estimated to be around $6 MIllion and Kiele’s to be $500 thousand, the pair have secured a bright future for their family.