By LRU Writer | On: February 26, 2018
Zane Hijazi With Obscure Dating Life And Gay Rumors! Answers On Sexuality. The famous YouTube star, Zane Hijazi, who is renowned for his self-titled channel has nearly two million subscribers. Along with his everyday expediting stardom, Zane's fans are somehow familiar about his personal life that he shares on media. However, the bond that he shares with his fellow YouTubers including Scotty Sire and Heath Hussar has aroused the rumors on his sexuality. 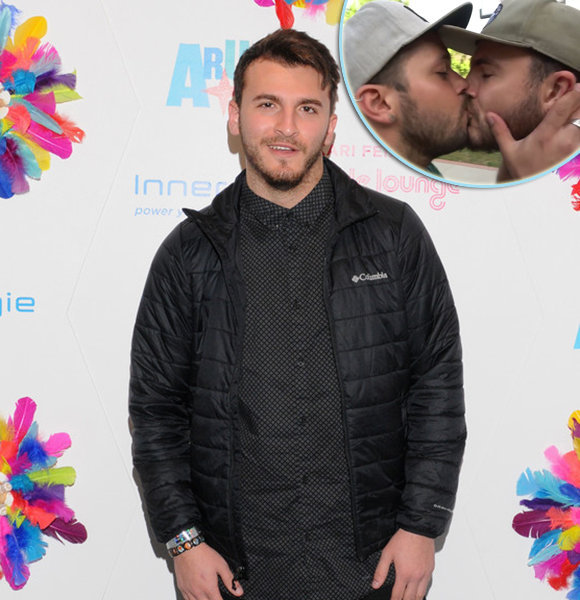 The famous YouTube star, Zane Hijazi, who is renowned for his self-titled channel, has nearly two million subscribers. Along with his everyday expediting stardom, Zane's fans are somehow familiar about his personal life that he shares on media.

However, the bond that he shares with his fellow YouTubers including Scotty Sire and Heath Hussar has aroused the rumors on his sexuality.

Well, if you are curious to know the real sexual inclination of this artist as well, keep reading until the end, as the artist himself has spoken out loud about his sexual preference!

The social media star Zane Hijazi is usually conjectured gay due to the affectionate bond he shares with his male collaborators in his Youtube videos. Moreover, back on 10 May 2016, Zane even posted a tweet on his Twitter account stating that everyone has a gay side in their personality. Quoting his say, he wrote,

The way Zane calls his friends his baby, boyfriend in his videos caused a lot of confusions regarding his sexuality and interest in men. But Zane himself clarified his sexual orientation via his youtube video.

Back in the video titled ARE WE GAY? that was published on Jul 21, 2016, Zane and Scotty Sire, when asked if they are gay, directly answered "No!"

Furthermore, on Apr 1, 2017, Zane uploaded a video titled SOMETHING WE NEED TO TELL YOU, and in the video, he talked about gay people along with his pal Scotty.

In the 12-minute clip, Scotty shares his experience of his 16th birthday when his parents threw a party and gave him a pink Barbie Doll House. The joke was meant to be funny for every guest, but some ended seriously believing that Scotty was indeed a gay.

Zane even shared his experience of having to pierce his belly button for David Dobrik's video as a joke. All his family members found it hilarious as planned, but some of the guys ended perceiving that Zane was turning gay.

So, it's clear that the gay rumors swirling in the media for Zane are not real and the YouTuber is in fact straight. As for now, it seems like all the intimacy that the stars act, to put together a funny and hilarious video is part of their attempt to create quality content and nothing more.

Apart from the rumors, Zane is perhaps single, as no news of him having a girlfriend has ever surfaced out in the media. By the looks of it, Zane seems engaged in excelling his career on YouTube and not girls!

The Handsome hunk Zane, who is currently aged 25, belongs to a North-American ethnicity. He was born on 18th November 1992 in Miami, Florida, and was raised in his hometown along with a brother and a sister named Hadiya.

Zane as well provides the glimpse of his bonding with siblings via his videos, hinting that he has a blissful family.

Talking about his educational background, Zane holds a graduation degree from Broward College with a double A in Hospitality and Management faculty.

Zane previously worked as a travel director for various companies and airports and also worked at various hotels from West Palm Beach to Miami Beach in Florida.

Zane first started his career as a social media personality through Vine. He, along with his pal Heath Hussar, had a collaborated channel named ‘Zane and Heath,' which, with the on-going time, garnered massive popularity.

As for now, Zane has more than 1.9 subscribers on his youtube channel and over 1.3 million followers on Instagram.