What Is Zoe Bell's Net Worth? More on Her Family and Relationship Update 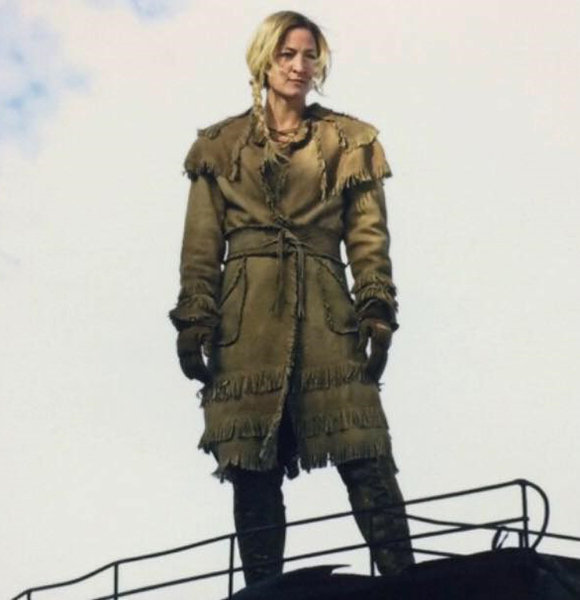 Stuntwoman and actress Zoe Bell is considered an extremely established, focused, and well-oriented woman in Hollywood.

Apart from the star's amazing career with hefty net worth, the fandom is also curious about the actor's personal life with her partner.

Let's dive into her personal life & impressive net worth.

Reportedly, Zoe briefly dated Gerard Butler. She and her partner Gerard met on the set of the science fiction film 'Gamer' in 2009.

But, their relationship didn't last long; within a few months, they stopped seeing each other.

After the split, her former boyfriend Gerard dated a few other women and got into an on-and-off relationship with girlfriend Morgan Brown.

Moving on from her split from her previous partner, the actress started dating Californian filmmaker Jacob Horn.

Although it is not sure when they started dating each other, from what can be speculated from her now-deleted Instagram pictures, they did make a lovely couple. Jacob made his first appearance on Zoe's Instagram in April 2015. But, the pair don't seem to be together anymore based on their social media presence. Therefore her fans are tagging her as a single woman.

Zoe is the daughter of her father, Andrew Bell, a doctor, and mother, Tish Bell, a nurse. She also has a little brother named Jake and a foster brother Leonhard, who lives in Germany.

Also A Stuntwoman:- Jessie Graff Too Strong For Needing A Husband So Soon? Vehemently Approaches Career With No Thoughts to Get Married

Born on 17 November 1978 in Waiheke Island, Auckland, Zoe is a native of New Zealand.

However, there are no accurate data on Zoe's weight or body measurements.

Since the career of a stuntwoman is quite demanding in the physical aspects of the body, we can assume that she is physically fit.

It is unclear what basis and amount Zoe charges for her stunt performances. But, via her career in the film industry for more than 20 years, she has a raving net worth of $2 million, according to Celebrity Net Worth.

She started working as a stunt woman from the start of her career in 1992, with her appearance in 'Shortland Street.'

Ever since, she has appeared in several remarkable films. In 1995 when she doubled for the character of Lucy Lawless on 'Xena: Warrior Princess.'

Since then, she has worked with many Hollywood celebrities, including Uma Thurman, Jennifer Garner, Sharon Stone, Cate Blanchett, and so on.

In the film written by Robert Rodriguez and Quentin Tarantino, 'Grindhouse,' Zoe became a notable actress, who could do her own stunts.

Some of her recent works include 'Paradox,' 'Thor: Ragnarok,' 'Once Upon a Time in Hollywood,' and 'Malignant.'

For her astounding work, the actress has earned several awards and acolades, including Maverick Movie Award, World Stunt Awards, Women in Film and Television New Zealand Awards, and so on.