By LRU Writer | On: September 24, 2019
Zoey Francis Thompson Deutch...has generated waves after waves in the...was successful enough to win the heart of the young...Since they publicly came out as a couple, nothing have stopped them from enjoying each others company. On June 2019 the pair could be seen...here were even times where the pair were seen exchanging... 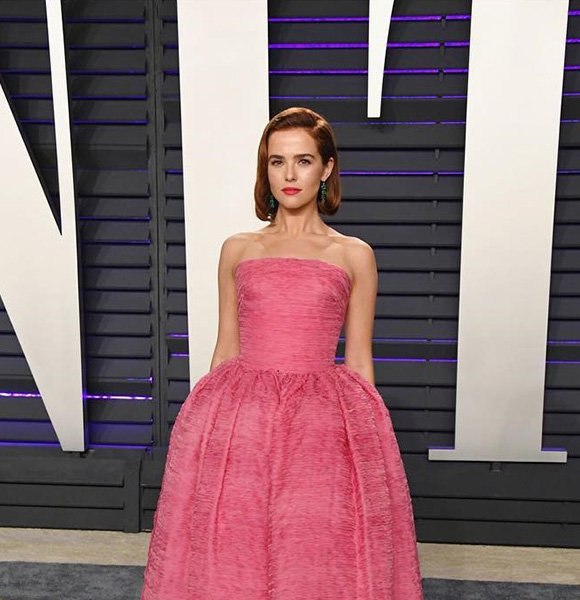 Zoey Francis Thompson Deutch, better known as Zoey Deutch, is a popular American actress who has generated waves in the Hollywood industry.

The actress is best known for her role as Rose Hathaway in Vampire Academy, Juliet Martin on Ringer and for playing Maya Bennett on The Suite Life on Deck. Among her other hits include Beautiful Creatures, Dirty Grandpa and Set It Up.

Zoey's acting career aside, her personal life has garnered quite the attention in the media.

Avan, a Canadian actor, was successful enough to win the heart of the young actress. The couple made their relationship public when they walked as a couple at the 2012 Kids' Choice Awards.

Sadly, their love didn't last. After dating for five years, the duo decided to split in 2016. It was their busy career which led to their separation. However, despite the breakup, the pair chose to remain friends.

Interestingly, even during the time of separation, the pair were mature enough to work on the indie film The Year Of Spectacular Men, which later released in 2017.

Post the breakup, Avan Jogia has moved on. In 2017, began dating White Famous actress Cleopatra Coleman. The couple made their debut while attending the 2017 Entertainment Weekly Pre-Emmy Party together.

The young actress has also moved on in her life. In October 2017, Zoey began dating actor Dylan Hayes.

Zoey and Dylan are a smitten couple, no doubt. Since they publicly came out as a couple, nothing have stopped them from enjoying each others company. In June 2019, the pair walked hand in hand down the streets of the East Village.

As paparazzi approached the beautiful duo, they couldn't help themselves, but smile for the camera. The cuteness of that time was further increased when Zoey was spotted getting carried around in her boyfriend's arm. Zoey Deutch in the arms of boyfriend Dylan Hayes on July 2019 (Photo: justjared.com)

In 2019, the duo is still going strong. In July, the pair were seen enjoying a day in the sea together.

While in Ischia, Italy, the 24-year-old actress and her boyfriend shared an exquisite holiday in each other's company. According to reports, Zoey and her man couldn't keep their hands off of each other.

There were even times where the pair were seen exchanging kisses and moments of physical intimacy.

Zoey Deutch was born on 10 November 1994 in Los Angeles, California. Her entire family is involved in the acting industry and a successful one at that.

Zoey- with networth $4 million- is the daughter of famed actress Lea Thompson and director Howard Deutch. She shares a Russian-Jewish and Polish-Jewish heritage from her dad's side and English, Scots-Irish, Swiss-German, and Irish descent from her mom. Her dad and mom have amassed a fortune of $25 million and $14 million respectively through their career.

Another member of Zoey's family is her elder sister, Madelyn Deutch. She has worked in TV series namely, Texas Rising and Outcast.