By LRU Writer | On: November 21, 2018
Now her ring finger looks glamorous as well!! Model and makeup artist Annalee Belle is engaged to her Property Brothers’ star boyfriend JD Scott and she couldn't be more ecstatic about the news. 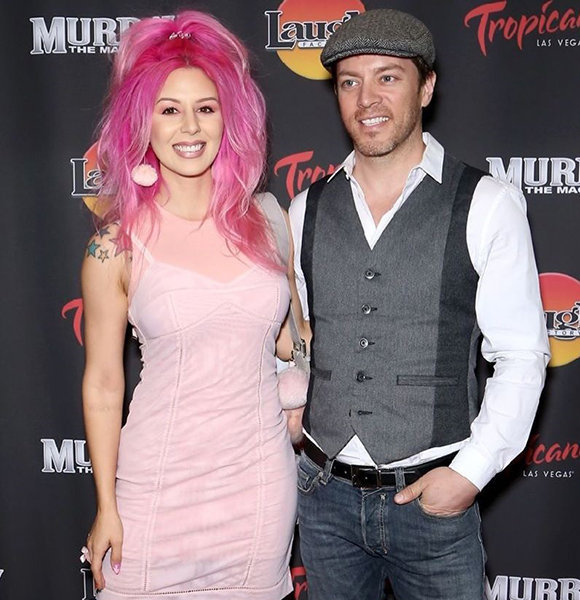 Model and makeup artist Annalee Belle is engaged to her Property Brothers’ star boyfriend JD Scott and she couldn't be more ecstatic about the news.

Belle accepted the proposal of her longtime boyfriend Scott on a Halloween party held on 19 November 2018, and the makeup artist is now officially off the market.

She shared her delight over the engagement via an Instagram post and just couldn't stop singing praises of her comedian boyfriend.

“IT. HAPPENED. WE’RE ENGAGED!!!!!! @mrjdscott proposed to me on Halloween, but we only told friends and family until now. I’m bracing myself for all the “It’s about time” comments. Lol. “ James also confirmed the news on his Instagram account posting an album of snapshots of the romantic event.

“It looks like I get to spend the rest of my life with you. I’m on cloud 9 right now! “

Annalee, age 30, and her boyfriend turned fiance is the talk of the town following an extremely romantic engagement and their heartfelt captions in their Instagram accounts. However, the duo is not new to romantic social media posts.

You May Also Like: Drew Scott Married To Linda Phan; "Magical" Irish Wedding With Stunning Wife Belle, who marked three years of togetherness with her boyfriend Scott on 25 March 2018, was found sharing an equally romantic message to her boyfriend on Instagram, celebrating their third anniversary.

“My dearest love, I can’t even begin to describe this beautiful life we have together. This relationship, partnership, and friendship have blossomed incredibly over these last few years and we are only in the beginning stages.”

Making regular appearances on HGTV Property Brothers, JD Scott and his younger twin brothers Drew and Jonathan Scott, are a household name in Canada and all across the world following their hit show.

While Jonathan, who is in a relationship of his own, hasn't yet remarked on the engagement through social media, Drew has been right on time to wish his brother and soon to be sister on the happy occasion.

“Congrats to my brother @mrjdscott and soon to be sister @annaleebelle! You are two of the most loving people I know and can't wait to watch you walk down the aisle #engaged.”

Following the couple’s engagement, Annalee has also addressed when she is actually getting married. In the lengthy Instagram caption where she shared her engagement news, the makeup artist also talked about how her views on getting married changed in the past couple of months.

“But let me so super clear...it is no one’s business to go around telling anyone when they should get married. I had no real desire to get married until a couple months ago, so it’s not like JD was scared or whatever people assume. He was just waiting for me. And omg...the proposal was OUTRAGEOUS!”

With a glorious engagement ceremony, fans of both the artist can’t wait for their favorite stars to tie the know. However, for now, a hearty congratulations to Annalee and her new fiance.