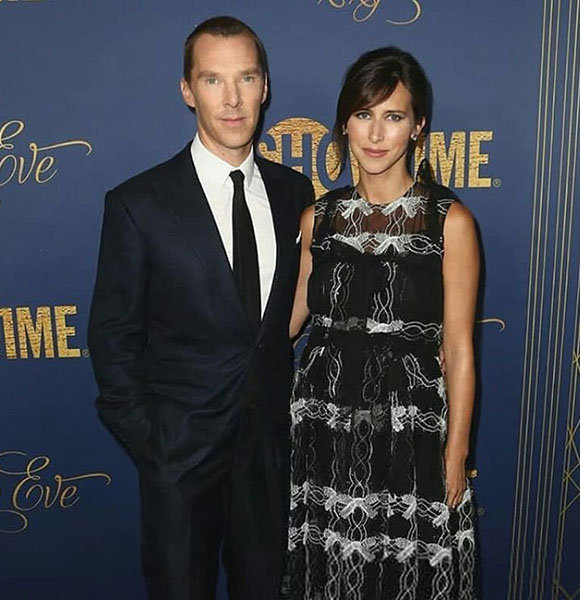 Benedict Cumberbatch and his wife Sophie Hunter are expecting their third child. The news about Sophie's pregnancy started to swirl the country after the British theatre and opera director debuted the television's biggest event i.e., 2018's Emmy Award on 18 September 2018 in Los Angeles with her growing baby bump alongside her actor husband.

The former actress wore the yellow gown perfectly hiding her growing belly whereas the Doctor Strange star stunned the award function in a classic black suit. The couple first met on the set of Burlesque Fairytales in 2009 but Sherlock Holmes actor was dating his college sweetheart Olivia Poulet with whom he broke in 2011. After that, he was seeing artist Anna James and the pair broke their dating life in anonymously.

However, fizzling the dating rumors with wife Sophie Hunter since June 2014, they have not exactly revealed their dating timeline.

You May Also Like:- Actor Paul Anderson: Wondering if He's Got a Girlfriend? Or Is He Married? and Wife?

Making their dating life uncertain, the couple surprised their fans and followers after making an announcement about their engagement in November 2014.

After less than a year of engagement, the couple exchanged the wedding vows on 14 February 2015 in an intimate ceremony at "St. Peter and St Paul Church" on the Isle of Wight at Mottistone Manor.

Within some months the couple got married, the Fortysomething actor and his wife were blessed with their first born child, a baby boy named Christopher "Kit" Carlton on 1 June 2015. Their toddler Christopher was just aged two when he became the big brother to Hal Auden Cumberbatch on 3 March 2017.

Read Also:- Louise Brealey From Sherlock Holmes Is A Secretly Married Woman Or Has A Boyfriend?

And soon Benedict's second son, Hal will be the big brother too. Moreover, the couple has not revealed the due date of their third child neither has shed the light on the gender of the baby.

The expectant celebrity couple has not revealed anything about their newest addition to the family. Just like the couple surprised the world with their engagement and wedding news, it seems like they want to play the same card again by keeping the news of pregnancy a secret!