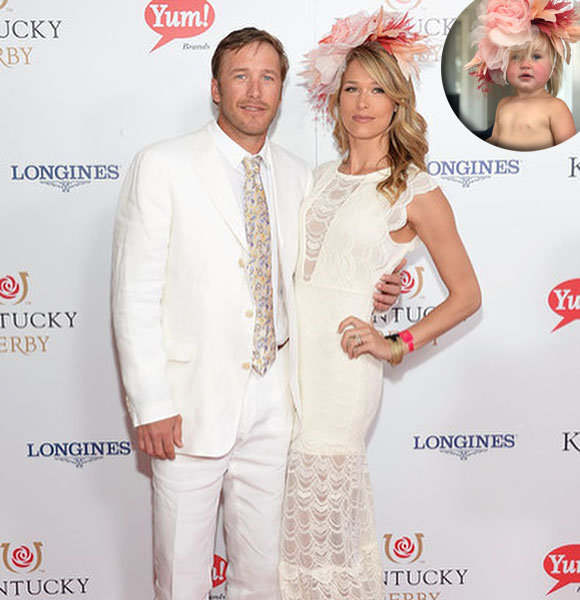 Olympic Champion skier Bode Miller and his wife Morgan Beck tragically lost their toddler on 11 June 2018. The couple lost their 19-month-old daughter, Emeline "Emmy" in June 2018 after she drowned on neighbor's pool.

Morgan burst into tears with Today's Savannah Guthrie in their first interview after the incident. As per Morgan,

The parents, who are also expecting the third child later this year in October, recalled the horrible day stating it was like any other day as their children often used to visit their family-like neighbors as if it were their daily routine.

The parents, who find more difficult to welcome the newborn into the world, have kept Emmy's room untouched even after more than a month of the loss.

You May Also Like:- “Flava in Ya Ear” Rapper Craig Mack, Tragically Dead at 46! Details

Miller's last memory of Emmy was kissing and bidding him goodbye as he took his eldest Neesyn Dace to a softball game. She describes:

“All of the sudden, it was just too quiet for me. We’re in mid-conversation and I stood up. And I turned and I went right to where the boys were and I said ‘Where’s Emmy?’ All of a sudden, Emmy's mother saw the little Emmy floating in the pool.

“My heart sank and I opened the door and she was floating in the pool. And I ran and jumped in,”

Morgan suddenly jumped on the pool and Miller performed CPR while her neighbor called the emergency services.

Meanwhile, the doctor was hopeful that Emmy would make through, but tragically, Emmy's died due to lack of oxygen in her brain.

The couple lost Emmy despite their proper precautions which include enrolling their children in drowning prevention classes and also had fencing around their pool. Miller bode and wife expressed their gratitude for the support of the friend and family (Photo: Miller Bode's Instagram)

Then, the couple learned that drowning is the leading cause of unintentional death in children aged one to four. And in memory of their little girl, they have been teaching other parents about drowning which in turn healing their pain.

Similar:- Is Cheri Oteri Married With Husband? Personal Life Along With Tragic Loss Of Father

Miller, who retired from ski racing in October 2017 got married to his former-basketball-player-girlfriend Morgan in 2012, and they share a three-year-old son, Nash Skan together. Miller is also the father of two children five-year-old son Samuel and 10-year-old daughter Neesyn.

After the tragic loss, the couple said their other three children had been a source of strength through their loss.