MTV Gets David Eason Fired! Tweets That Started It All

By LRU Writer | On: June 11, 2021
MTV Gets David Eason Fired! Tweets That Started It All The popular MTV's reality show, Teen Mom 2 star David Eason, husband of Jenelle Evans, has been fired, after he allegedly made homophobic remarks on Twitter this week, on 20 February. 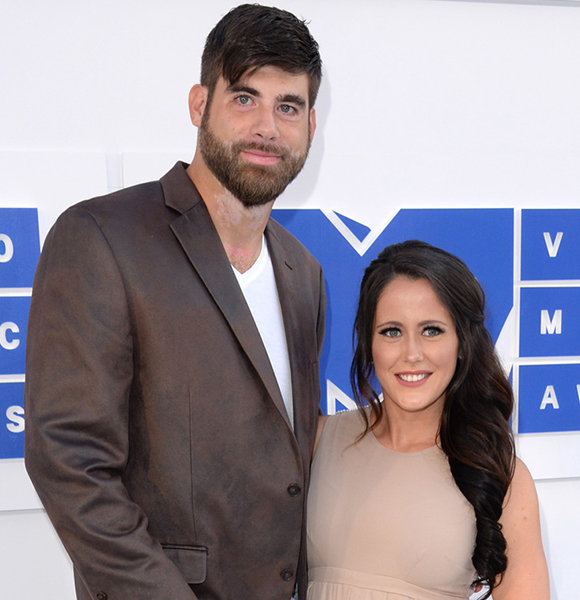 The popular MTV's reality show, Teen Mom 2 star David Eason, husband of Jenelle Evans, has been fired, after he allegedly made homophobic remarks on Twitter this week, on 20 February.

The MTV's spokesperson stated to People:

“David Eason’s personal comments do not reflect the views of MTV. With six weeks left of production on Teen Mom 2, effective immediately, we are ending our relationship with him.”

After all the alleged tweet he had made, his Twitter accounts have been taken down. But the Teen Mom fans took to social media to protest Eason's involvement with the show after he allegedly referred to gay and transgender people as "abominations." The controversy started with the tweet where he posted the possibility of allowing people to carry the weapons to the school property to protect the children,

“It only makes sense to protect our kids the proper way… the only way we know how.”

Well, when a Twitter user suggested, "education" and "intentional parenting" to be regarded as the ways to protect children rather than the weapons; the star reportedly replied via Twitter as,

“No, you are wrong. Please tell me sir, how do you propose we make all of America start being better parents? Or are you a monkeys uncle?”

David tweeted again, this time questioning the morals of homosexual and transgender parents when he was told to stop glorifying the assault rifles instead to teach children to “how to solve problems without calling people names or using force.”

“And just what makes you think you have the right to tell me how to be a parent? Because you think you know me? Lmao why don’t you go tell the homo and transgender parents to start teaching their kids better morals? Oh I forgot that’s supposed to be normal.”

Another Twitter user asked him if he's going to teach his children to hate the LGBTQ.  His biased reply said,

“No, I’m going to teach them not to associate with them or be that way. If you lay down with dogs you get up with fleas.”

Well, David became the talk of the town with his objectionable tweets, following which both the fans and the crew members called for his firing from the show, Teen Mom 2.

However, ‘Teen Mom 2’ star Jenelle stood up for her husband and defended him on Tuesday, stating:

"David didn't understand how offensive people would get or how Twitter even works. Now that he realizes his voice is very strong within media/tabloids he has deactivated his account. He agrees he will keep his comments to himself from now on."

"David doesn't hate people from the LGBT community. My old manager was gay and used to be one of me and Davids close friends. We attended Farrah's birthday in Miami with a lot of LGBT people there and he didn't act in any type of way. We went had a good time and left."

Moreover, Jenelle, who welcomed a daughter with David back in January, concluded her statements by apologizing for the anti-LGBTQ comments made by her husband.