Genevieve Gorder Engaged With Partner! Off To Get Married

By LRU Writer | On: February 20, 2018
Genevieve Gorder Engaged With Partner! Off To Get Married. The TLC's Trading Spaces, Genevieve Gorder is engaged to designer and builder Christian Dunbar in February but announced later on 18th February 2018. 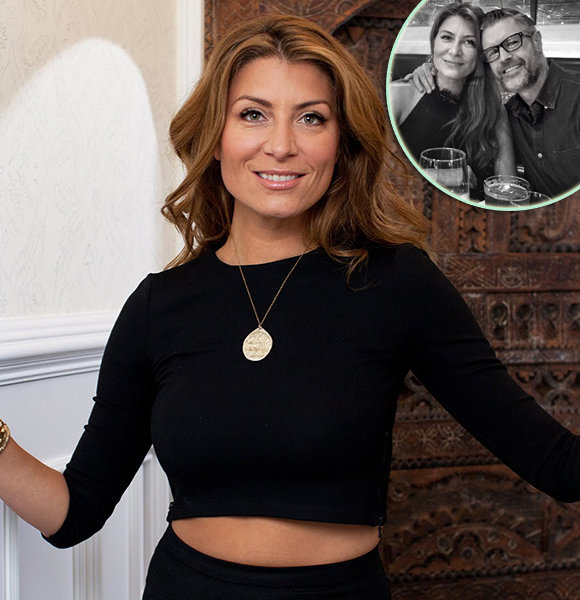 Wedding bells around the corner!

Genevieve Gorder, the first designer of TLC's Trading Spaces, is engaged to the designer and builder, Christian Dunbar, as per the confirmation received on 18th February 2018.

The host disclosed the engagement news to People by saying,

“It takes a pretty big love to interrupt a beautiful life…this one was undeniable."

The star even flaunted her diamond engagement ring on Instagram during a girls night on Sunday with daughter Bebelle, accompanied by the caption that reads, The reality star and her new fiance often shares their photo on the social media. Even on Valentine's day, the glimpses of their romantic time reflected in Gorder's Instagram account, as she shared the black-and-white photo, captioned,

Well, the Gorder family, which now includes the 36-year-old Christian Dunbar after the engagement, was previously spotted traveling and enjoying their holidays together.

Furthermore, on the Christmas day last year, Gorder and her daughter, along with her husband-to-be, Christian went on a trip to the hometown, Famjam. She shared multiple photographs of their journey on Instagram. Well, judging by the pics, Bebelle seems to have got a new daddy for herself!

Though the dating timeline of the newly engaged couple remains under wraps, Genevieve first featured Christian on her Instagram back in May of 2017. Besides, this is not the first marriage proposal for Genevieve, as previously, the 43-year-old was married to her longtime actor boyfriend, Tyler Harcott back in 2006.

Maintaining a very low-key status, they separated back in 2013. From their seven years of marital relationship, the former married couple shares a 10-year-old daughter, Bebelle.

After the divorce news aired, Genevieve, who enjoys the net worth of $5 million, got romantically linked with Anthony Carrino from HGTV for a short time, the same year. However, further information about their separation remained confined.

The couple is yet to reveal their wedding plans, but it's for sure, that it's going to be a life-changing event for both Genevieve Gorder and Christian Dunbar.

Keep visiting for the emerging updates on the developing story!