By LRU Writer | On: November 06, 2018
The Lie star is not lying about her "Baby-bump"! The British Businessman Hamish Brocklebank and his actress wife, Jess Weixler is expecting their first child together. 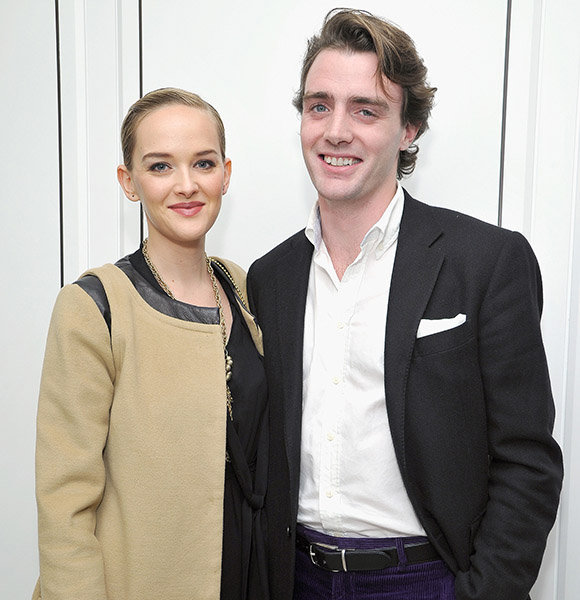 The Lie star is not lying about her "Baby-bump"!

The British Businessman Hamish Brocklebank and his actress wife, Jess Weixler is expecting their first child together. The happiest mom-to-be, aged 37, announced she's expecting the baby with the satiric caption on her Instagram picture.

Hinting over her growing bump, she captioned the picture, "Just had some pizza (6 months)" joking that her baby bump is actually big after having pizza. The co-founder of "Flooved," aged 31 proposed The Good Wife star in 2014 with the same ring that his grandfather had used to propose his grandmother.

After a year of engagement, the couple, who were together for several years, got married in 2015 in a stunning wedding ceremony on the beach. For the memorable day, Hamish went out of the traditional wedding dress and wore a coral colored suit with a white shirt and a black tie.

Other "The Good Wife's" Star:- The Good Wife's Star Mark Warren's Girlfriend: Married in the Series, But What About Real Life? Wife?

After the wedding, their pal named Barbara Muchiettie Instagrammed the glimpse of their wedding calling it:

“A lot of love on that beach" Well, in addition to family turning to three, Jess will be busy filming her new movie, IT: Chapter Two as she has landed the role of "Audra, "the wife of "Stuttering Bill" Denbrough portrayed by James McAvoy.

Similarly, the Kentucky native's best friend, Jessica Chastain is also set to join her with the role of "Beverly Marsh."