By LRU Writer | On: November 05, 2018
The Wallace family is growing! Gregg Wallace and his younger wife Anne-Marie is expecting their first child, a baby boy together. 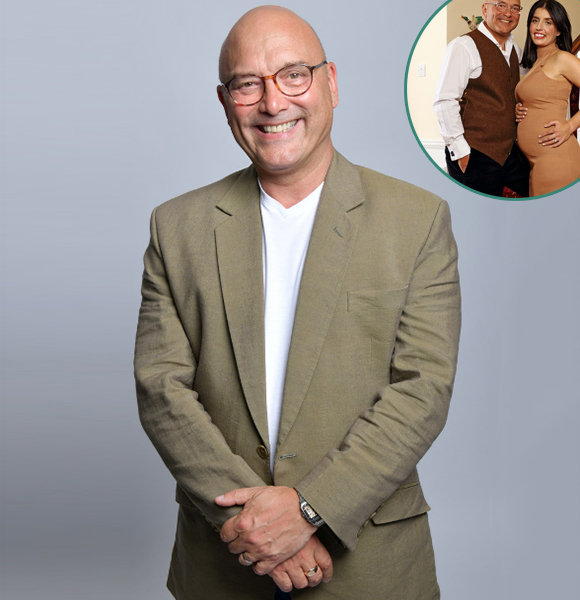 The Wallace family is growing!

Gregg Wallace and his younger wife Anne-Marie is expecting their first child, a baby boy together.

After two years trying to fall pregnant, the happy news has finally knocked their door. The couple, who got married in 2016, was desperate to start their family together and also decided to went under the fertility treatment together. And the couple was off to the romantic getaway to Italy before taking the medical help.

"We were due to start IVF but then it happened naturally after two years of trying."

He further added that the doctor claimed that it was miracle Anna was pregnant. The 54-year-old Gregg admitted that he was scared and stressed out after hearing Anna's pregnancy but after 12-week scan, he feels "joyous." Gregg and his gorgeous wife have decided to call their little one with the name, Sid Massimo Wallace.

The couple, who first met in Twitter, has agreed upon the one-child policy as Gregg thinks he is too old to bear more child. Gregg pointed out the facts that by the time his youngest son would reach 20 he would be in his 70's.

Moreover, his wife also supported the idea of one-child and felt blessed with the growing miracle baby. Anna told the magazine:

"I've been happy with the idea of just having one child right from the start. The fact we’re having one baby is a miracle - we're blessed enough."

Anna, who has a due date in May 2019, also hopes to have the natural birth with the Gregg in the room. Since this will be Anna's first child, it's Gregg's third child.

Gregg shares the two grownup children, a son Tom and a daughter Libby with the ex-wife Denise. Previously he has been married four times till date, wedding Christine in 1991 for just six weeks, and then he moved with Denise in 1999.

Then he split with his children's mother in 2004 citing Gregg's extramarital affair. After his two failed married life, he got married his 17 years junior biology teacher Heidi Brown in 2010.

But with his third wedding lasting for few months, he was again single in the market until he found his fourth wife Anna over Twitter. After meeting Anna, he claimed that he feels like he has got the winning ticket and he has not met someone like Anna before.