By LRU Writer | On: August 06, 2018
Wedding bells for Joanna Krupa for the second time! The Real Housewives of Miami alum tied the knot with the businessman Douglas Nunes in an intimate ceremony in native Poland on 4 August 2018. 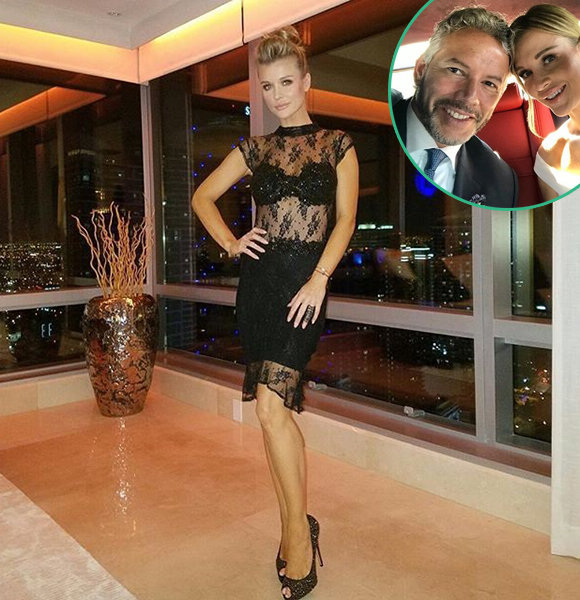 Wedding bells for Joanna Krupa for the second time!

The Real Housewives of Miami alum tied the knot with the businessman Douglas Nunes in an intimate ceremony in the city of Krakow, her native Poland on 4 August 2018.

On her blissful day, the bride wore a white mermaid-style off shoulder wedding gown, and her hair was styled to an understated updo for the happy occasion, whereas the groom stunned in a navy tuxedo matching with the white shirt.

After the pronouncing the husband and wife, she shared that their couple had a private and small wedding ceremony. Also, she wished that she could have shared their union with everybody.

Along with the beautiful message, the reality star took to Instagram with the biggest announcement sharing the picture with her husband and a wedding gown which made her followers surprised. After she announced the happiest news, her husband also shared the selfie on his Instagram where the newly married couple was riding on a car together which appears to be after the ceremony was over. Also, he wrote, "Done deal," in which she could be seen carrying a bouquet filled with pink and white flowers.

While Joanna was not able to invite her pals from the Real Housewives, her friends were quick to congratulate her after she leaked the news. Also, she shared the snap with her husband as the couple appeared to have received the wedding gift from their friend, designer Dawid Wolinski.

The Planet of the Apes actress got engaged to her husband, Douglas, president of entertainment company 451 Media Group in May 2018 after eight months she finalized her divorced from nightclub owner and businessman husband, Romain Zago.

She took to Instagram on 25 March 2018 to announce the engagement news sharing an image holding her then fiance's hand flaunting her ring finger's diamond sparkler. However, Joanna had her first wedding after she met her former husband, Roman Zago on the journey to The Real Housewives of Miami in between 2012 and 2013 which paved their way to marriage in 2014. The couple separated back in December 2016, but the news about their separation was made public in May 2017 after they filed for the divorce.

The former couple finalized their divorce in a Miami courtroom in August 2017 after a month they filed for divorce to end their marital bond. Also, with their four years of marital journey, the former couple does not share any children.