By LRU Writer | On: July 01, 2018
Another member of the Duggar Family walked down the aisle! The Counting On star, Josiah Duggar tied the wedding knot with his girlfriend, Lauren Swanson at John Brown University Cathedral of the Ozarks in Siloam Springs, Arkansas on 30 June 2018. 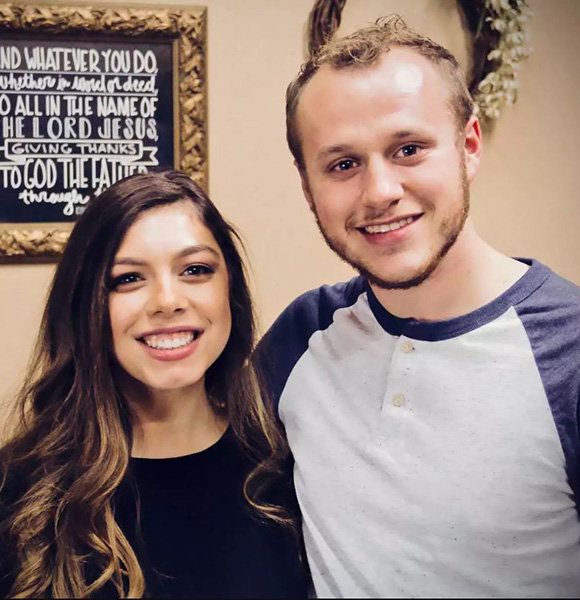 Another member of the Duggar Family walked down the aisle!

The Counting On star, Josiah Duggar tied the wedding knot with his girlfriend, Lauren Swanson at John Brown University Cathedral of the Ozarks in Siloam Springs, Arkansas on 30 June 2018. After pronouncing the couple as 'husband' and 'wife', the newly married couple talked with People about their 'Perfect' wedding. They stated:

“What a joy it is to be husband and wife! Our wedding day was absolutely perfect!”

“What was even more perfect was to see my beautiful bride walking down the aisle. We are so thankful the Lord has brought us to this place and we can’t wait to begin our journey as husband and wife!”

For their wedding colors, the couple chose a combination of grey and blue, pink and olive, plus green and white and the wedding ceremony was officiated by Lauren's father Dwain Swanson. The romantic theme which included flowers, wood, and iron made the ceremony more beautiful.

Both, Josiah's and Lauren's family are friends for years, which helped the pair in giving the quality time to know each other as friends as per Josiah. Following their friendship, the newlyweds first announced that they were courting (dating with purpose) on 23 January 2018.

Just after they started dating for two months, they engaged in March 2018 after the 21-year-old Josiah popped the question in the exact same spot, where his parents got engaged. Talking with Us Weekly on March 2018, the bride recalled the moment saying,

“The place where I proposed to Lauren is the exact spot where her parents were engaged. There’s a lot of family history on this property, making it a special place for Lauren.”

Prior to courting with Lauren, Josiah had courted with Marjorie Jackson in 2015. However, they called off their courtship not long after they had announced their courtship. His broken courtship makes Josiah the first Duggar in the Duggar family, who has a net worth of $ 3.5 million, to be involved in an unsuccessful relationship. He had also shared:

"Marjorie and I had a good time together. We were just trying to follow God's lead on everything. She didn't feel that it was the right timing then, so we called it quits for a bit."

But fans speculated that the reason behind Josiah's broken courtship is his sexuality. They regard him to be gay. But his marriage with his girlfriend, Lauren has surely shut the gay rumors.