Kendra Wilkinson & Husband Split! Why & How Relationship Ended Is Shattering 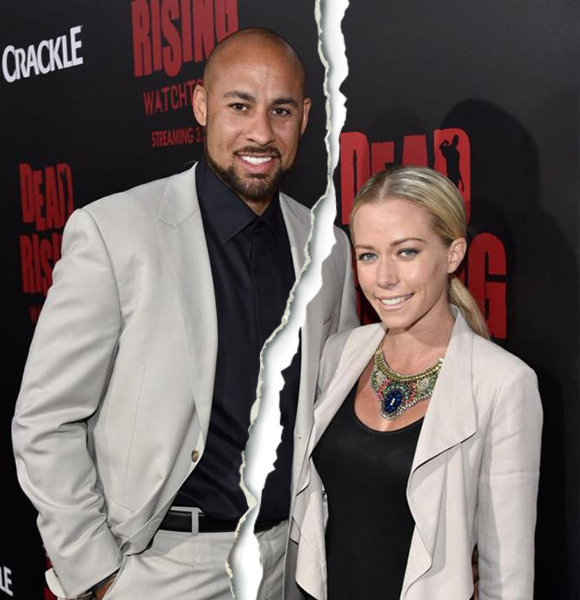 Kendra Wilkinson, television personality and a glamor model, is planning to file a divorce from her husband Hank Baskett, who is a former NFL player, after sharing almost a decade-long married life.

She has hinted her plans for the split with her husband, whom she married in 2009, through her social media, but the news is yet to be confirmed officially by the couple. The pair has been facing marital problems for a long time.

While talking with US Weekly on April 2018, a source revealed about their current relationship. The source shared how Kendra is not as happy as she used to be at the beginning of the relationship and how their happy moments have turned into fightings over the course of the time.

“She’s been really unhappy and felt uncomfortable in the marriage and they have been fighting a lot,"

However, the couple, who shares two children; 8-year-old son Hank IV and 3-year-old daughter Alijah, had admitted about their marital problem in February. This is not the first time the thought of divorce crossed Kendra's mind. The pair had been going through a lot of relationship issues, but they always prevailed until now.

Their relationship first started to take turns after Kendra's sex tape got released in 2010, which was reportedly filmed when she was at the age of 18. Even though Hank gave his best to understand the situation, it did pinch him on the inside as it involved another guy.

The pair also experienced a long-distance relationship in November 2010 as Hanks was traded to Minnesota Vikings and Kendra had to live in Los Angeles. However, the major trouble in their relationship surfaced in 2014 after Hank cheated Kendra with the transgender model, Ava Sabrina London.

Kendra, at that time, was eight months pregnant with her second child Alijah, whom she gave birth in May 2014. Though Kendra was devasted by her husband's cheating incident in July 2014, she got back with her husband around November in 2014.

A few months later, in February 2015, Kendra was photographed kissing her I’m a Celebrity Get Me Out of Here! Co-Star, Jimmy Bullard, which became an addition to their series of relationship problems.

The American model later admitted that she loved Jimmy and wanted to kiss him, which resulted in Hank calling his wife, Kendra a “double standard.” However, Hank confessed in an episode of The Steve Harvey Show back in April 2016  that he encouraged his wife to fool around with other men.

The San Diego, California native, also expressed her feelings towards her marriage explaining how "deeply unhappy" she was with the relationship in November 2015. She reasoned that she had kept her married life together for their kids.

The couple, who struggle to hold their relationship together after multiple troubles, gave up on each other and are calling it quits, most probably because of the series of troubles and cheating incidents that pushed both, Kendra and her husband over the edge.

Keep Visiting for the emerging updates on the divorce of Kendra Wilkinson!