By LRU Writer | On: July 13, 2018
Luann de Lesseps moves on with new beau! American TV personality, Luann de Lesseps, known for her appearance on the Bravo series, The Real Housewives of New York City, has moved on with her new beau after her marriage with ex-husband ends in bad blood. 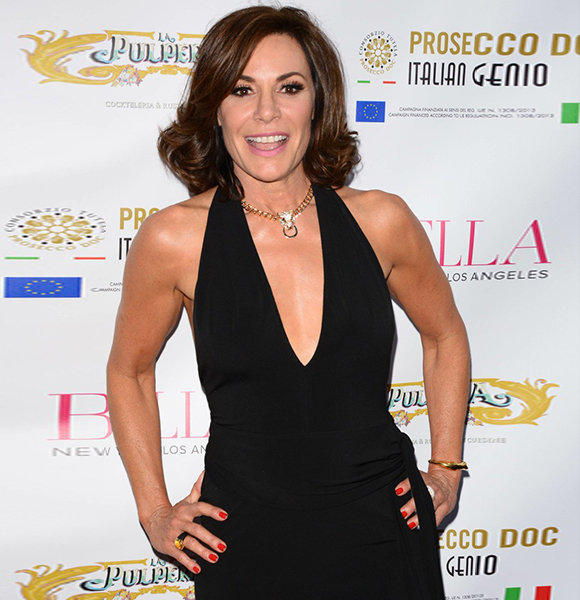 American TV personality, Luann de Lesseps, known for her appearance on the Bravo series, The Real Housewives of New York City, has moved on with her new beau after her marriage with ex-husband ends in bad blood.

Luann is romantically involved with Hollywood agent Richard Super, who has been representing Luann for months since the beginning of her career as a cabaret star in The Countess and Friends.

As per the  source, the new couple was "first introduced professionally when Rich became Luann's agent." The insider explained,

"With both of them currently going through divorces, it was a natural progression for them to start dating."

It has been reported that model, Luann, has been dating for a few weeks now. According to Page Six, the pair is already getting serious with their relationship. Luann Lesseps with now-boyfriend Rich Super( at center) pictured together in 2015. (Photo: dailymail.co.uk)

Friends of the reality star and the agent have confirmed their closeness. One of their friends revealed that Rich is smitten by Luann's beauty and loves having her around. The pal said,

"He’s smitten with her"

As for Luann, according to the same friend, she is much excited about the relationship that she shares with Rich. Thier companion added,

"and she’s very excited about it.'"

According to another insider, Luann, and Rich shares their budding relationship which they are looking forward to exploring in the coming days. The insider said,

A week earlier Luann gushed that she was romantically involved with someone but failed to reveal her boyfriend's identity.

Well, seems like Luann is taking steps forward with her new found love despite having rocky past relationships. Previously Luann got married twice but both her marriage ended with disappointments.

Last summer of 2017, Luann ended her marriage with Tom D'Agostino after just seven months of sharing the marital bond. Their divorce came through on 18 September 2017 after the pair announced their split a month earlier.

After their separation, the pair released a statement sharing that they both agreed for divorce but still care for each other. Turns out Tom cheated on her with his old girlfriend after the couple had an argument.

The pair had tied the nuptial knot only seven months earlier New Year's Eve of 2016 in a wedding ceremony at the Brazilian Court Hotel in Palm Beach. Even though her fellow housewives criticised her engagement and also pleaded for her to not go through the marriage, Luann had said her "I Do's.'

Well, it was not the first time she had exchanged the marriage vows or had seen the divorce papers. Luann was married earlier with Count Alexandre de Lesseps for almost 16 years. She even shared two children son Noel and daughter Victoria. However, their marriage came to an end in 2009.