All on Alessandro Michele and His Partner 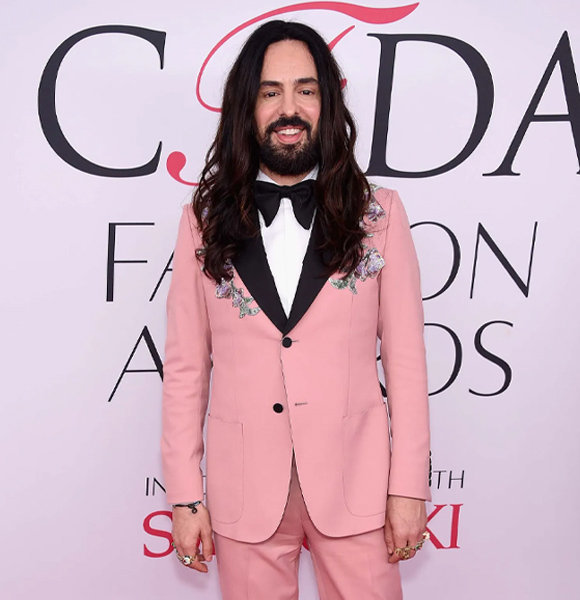 The fashion mogul Alessandro Michele has to be probably one of the most powerful people in the fashion industry.

He has his share of contributions to making Gucci what it is today. He is the creative director of Gucci.

We all have been very much aware and familiar with Michele's work for the luxury brand, but there is a large mass of people who know very little about his personal life.

The Italian fashion designer is gay and has been in a relationship with his partner, Giovanni Attili. Now Giovanni Attili is a film director, and the two have been together for a while now.

Alessandro and Giovanni Attili have been in a long-term relationship for as long as one can remember.

Looking into these two personalities, one would think that the two probably met in some lavish party or a restaurant, but their first meeting was in Myspace.

Myspace was a very popular platform back in the day, which housed many talented artists, and some of the A-list celebrities and pop culture icons had their start through Myspace.

Although the popularity of Myspace has declined now, it seems to have been a starting point for Alessandro's love life.

On a friend's recommendation, the Gucci creative head signed up for the social media platform back in 2005.

Michele stumbled across a picture of a beautiful landscape in Canada, and as per him, he didn't even realize that he could enlarge the picture. But the picture featured Giovanni Attili, and despite having not seen Attili properly, Michele began messaging him, and well, the rest, as we know now, is history.

The two have been together ever since. However, they are yet to share the title as husbands.

Giovanni Attili is a professor of urban planning as well, and he teaches at the Sapienza University of Rome.

The two spend a lot of time together but considering what Alessandro does and how busy he gets managing and looking after one of the most luxurious brands to have ever been known to the man-kind, it sure is intriguing.

Alessandro has everything one could ever imagine.

Ties with the most powerful people of the industry (him being one of them), a well-known and respected name to a fortune that... well, you can probably guess the numbers yourself.

But despite having all of these things in his life, he still considers his partner, to be his greatest fortune ever in life.

It is a matter of time when the two will share the title of husband with each other, but for now, all we know is their relationship is still fresh as new, and they are flourishing at their own pace in life and career.

Ever since Alessandro stepped into the fashion industry in 1994, his life has only seen success. Of course, it was constant hard work and dedication, but it was all worth it, taking him to the top of his game.

Now that the creative mind has got a perfect partner by his side, the two will sure walk strength to strength, shooting for the stars.