Graham Wardle Shocks Everyone ! Reveals His Divorce with Allison Wardle 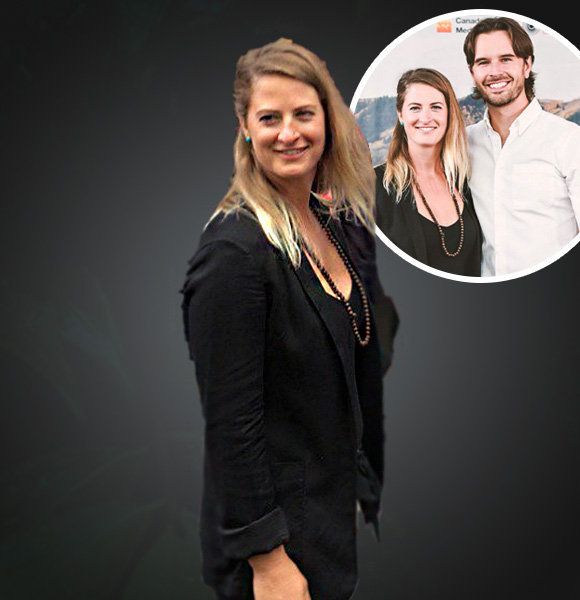 Do you remember Graham Wardle? The Canadian heartthrob that appeared in the CBC series 'Heartland' where he played the role of Ty Borden?

Surely you do! And if you do, then you should definitely be introduced to his previous wife, Allison Wardle.

Allison Wardle was suddenly the center of all the attention when she married the Heartland actor.

But is Allison Wardle just a celebrity ex-wife? or does she have her own life outside of the relationship with her ex-husband?

Who is Allison Wardle, and what happened between the two?

Sadly no! The two separated a while ago, way before people knew they did.

Graham Wardle and Allison were so much in love when the two married. Although Allison has always preferred to stay away from the media, she used to occasionally appear on red carpet events and on her then-husband's social media.

People loved to see their life after their wedding, everything just seemed to perfect, and for years fans believed that things were perfect, until one day Wardle dropped this bomb all of a sudden and revealed that the two weren't together anymore and the two decided to separate and divorce each other.

In a live video where the charming actor was talking to his fans, he was asked how he and his wife were doing in the pandemic. The fans were excited to hear what he had to say as it was an interactive session, but it very quickly turned into a moment of shock for everyone listening as Wardle revealed that he and his wife were separated and they had been separated for two years.

" I'm gonna be honest guys and I have kept my life private for a while now." He then said that he and his wife seperated two years earlier and also said give me some space and privacy.

Graham did not proceed to touch on the matter as surely it was very hurtful for both the parties.

But it was a huge shock for fans to know that the two had been separated for two years, eventually leading to their divorce, and now the two live their lives without each other.

It seems like the couple had a wedding in April of 2015, and they separated somewhere around 2018.

What led to the end of the relationship is unknown as Graham Wardle hasn't exactly been the kind of personality to let us in on his personal life, especially if it is his relationship, which is a big no-no!

So, in all of this, where is Allison now?

A woman who was the center of attention suddenly doesn't seem to be anywhere. Graham deleted all the posts with Allison from his social media. He also removed a picture from Heartland's premiere that he had with Allison.

Allison is living her own life, and she still has a life outside of her relationship with the actor. Although we can't seem to find much on her, she works as a professional photographer, so guess she has kept on doing what she loves and focused on her career.