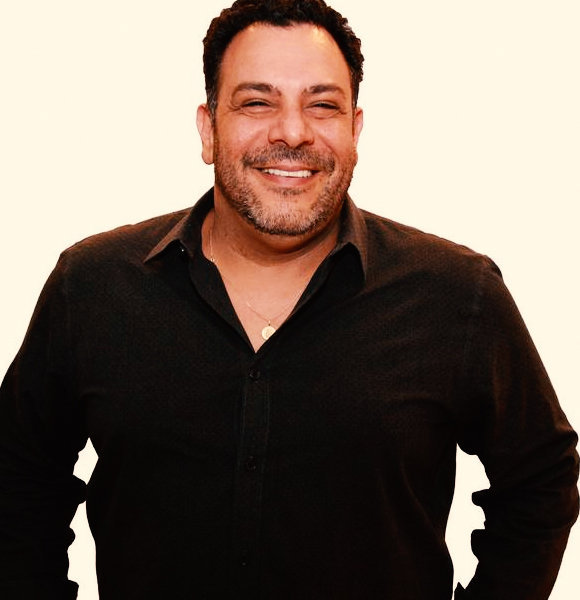 Gargano is blessed with a captivating voice and proficient intellect in the sports world, and as a result, he is known as Philly's favorite 'everyman.'

Gargano shares his amazing career front alongside a happy marriage of over a decade.

Marriage Of Over A Decade

Anthony married his wife Tamara L.Hummel back in 2008, and they have never drifted from their marriage ever since.

Or else the tabloids would indeed have caught it, and the start of this article would have been entirely different. Phew!

Thankfully that is not the case!

Anthony had quite a magical wedding with his wife, Tamara.

The pair had their wedding ceremony on PAFA historic building. The bride donned a classic lace Edgardo Bonilla gown and stood gracious with Christian Louboutin heels for the occasion.

Anthony complimented his wife with a classic bespoke tuxedo. The guest at the wedding entertained a wide range of Italian pastries and a Cardillo family recipe straight from Naples.

The pair have now been married for over 13 years, and the family is accompanied by a son.

The pair welcomed their son, Anthony .. Yep ! Guess Anthony Sr. loves his name too much.

Their son Anthony was born on late 2009, and as per The Philadelphia Inquirer, their child weighs about 8 pounds and has big hands and feet.

As a result of which the radio host already selected a career for his newborn. He thought that his child could be a quarterback or pitcher.

Although Gargano has successfully kept the intricate details of his personal life closed within the walls of his house, his career, however, is one not to miss.

Another Mysterious Radio Show Host: Tommy Sotomayor Has A Daughter But Wife Seems To Be Hidden! See If His Wiki-Like Bio Includes Her

Anthony is the host of the 97.5 The Fanatic's segment, The Anthony Gargano Show, where he brings the entertainment and sports news during the weekdays from 10 am to 2 pm. Gargano has worked with Philadelphia Sports Radio for over 20 years, and he is also a host for FOX Sports radio. Nonetheless, the role of a radio host is not the only profession Anthony can fit on his CV.

Apart from his sports-centric ventures, he is also an actor and a writer. He has contributed as an actor in the movie The Mighty Macs and Casanova's Demise.

Gargano is also credited as a writer for the movie, The Mighty Macs. The notable writer has also released two books till now, NFL Unplugged and War In The Trenches.

As per Glassdoor, Fox Sports provides a base pay average of $27-$29 per hour for its sports broadcaster.

It is no wonder that this favorite Philadelphia radio show host has amassed a staggering amount of net worth over the course of his career.