Baron Davis's Net Worth and Family- Is He Married? 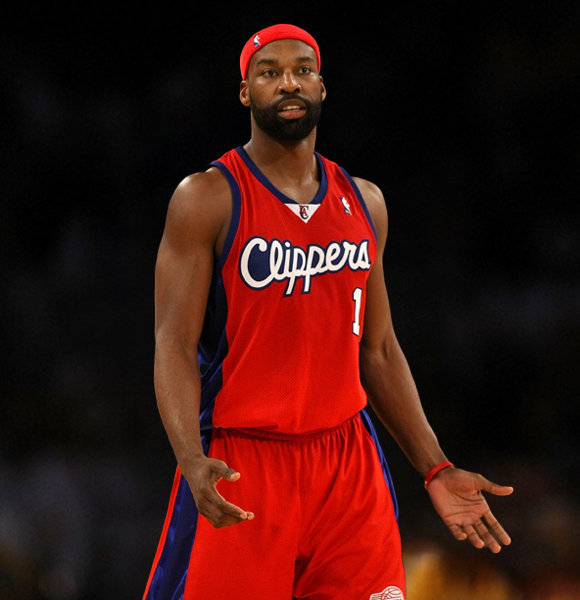 Baron Davis is best known for his impressive net worth and professional career as an American professional basketball player.

Apart from his career, the fandom is curious about his personal life, asking questions such as “Who is Baron Davis dating?” or “Is Baron Davis married?”

Well, to answer all your questions, let’s go on!

Baron Davis Has a Wife?

Single now player Davis was married to his former girlfriend turned wife, Isabella Brewster, from 2014 to 2017.

The former couple had their wedding on January 31st, 2014.

The details about their wedding are kept away from the media’s limelight as the pair loved the privacy surrounding their former married life.

And we totally support and respect their decision!

Adding to their happiness, the former couple welcomed their firstborn Kingman Davis, on August 22nd, 2014.

The father showed his appreciation and happiness through his social media. The former couple had their second son Luke Alden Brewster Davis, away from the public eye on January 10th.

Davis shared a picture of his second son on his birthday just recently, captioning,

My mini me. Words can’t explain who you are what you will become. Im just proud to have behind the scenes access into your world. You are destine to be great. Your the smartest one in the Family. No (cap emoji).

Definitely the funniest. Incredible artist You make life worth living and you deserve your Roses King. #DavidBoyz #ganggang #bigdawgsonly #happybirthday”

The father and sons have an incredible connection which can be seen through the star’s social media.

He loves to update his fan following about their daily life, small and big moments as well.

Read About: David Fizdale Is Set For The Next Coach Of Grizzlies

The family of four split when Isabella filed for a divorce in 2017; the reasons for the couple’s divorce were not made public, and it got finalized in 2019.

Amid separation, Baron agreed to pay his ex-wife $15K per month for child support.

Since the star’s divorce, Davis has not been married, but he has been focused on his kids and career.

According to Celebrity Net Worth, at the age of 43 and with an amazing field of work, the star professional basketball player Baron has a raving net worth of $60 Million.

Increasing his net worth with each game, the star player has a salary of $13.9 Million reported by the same source.

With various endorsements and amazing skill sets in multiple streams of income, the star’s net worth is constantly rising.

Standing at the height of 6 ft 3 in, the star player sold his house in 2019, which was located in LA’s Westside, Pacific Palisades neighborhood, for a whopping $7.2 Million, adding to his net worth.

Talking about other sources of income apart from being a star player, Davis invested in a law firm, House of Wise.

Stay with us for more updates regarding the star player’s professional and personal life with his adorable kids.