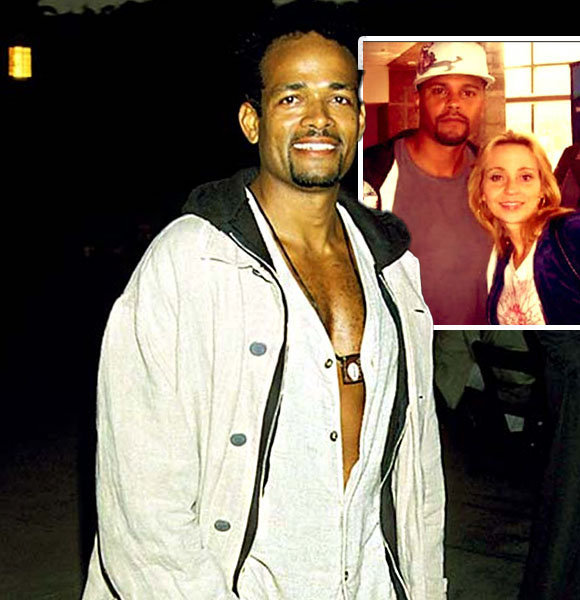 Bumper Robinson is a familiar face, name, and voice in the industry due to his work in television shows, films and voice acting.

Alongside an impressive list of credits, he built a wonderful family with his beautiful wife and children off-screen.

The multi-talented actor has impressed many with his skills, but when the cameras aren't recording, he also plays the role of a great father and husband.

Bumper is married to his wife, Katherine Penton. They tied the knot in 2009 and since then have gone from husband and wife to mommy and daddy to three wonderful kids.

The timeline of their relationship has not been disclosed, but Katherine has been with him for a long time.

So when it comes down to the details and nitty-gritty of the relationship with his spouse, Bumper has chosen to remain private about it. He might not reveal the inside details and stories surrounding his wife, but he sure does love a good Instagram-worthy picture.

Robinson doesn't comment on his family, but he keeps his fans updated on social media.

He's a proud dad of three and loves to show off cool moments of his kids. The actor has two daughters,  Samatha Nichelle Robinson and Dakota Raemoon, and a son, Braylon Colliatto.

His favorite activities with the fam include sports. His son loves to play soccer, whereas his two daughters are basketball fans. So bumper accompanies their play sessions like a good dad.

Apart from that, the Robinson family loves to go on hikes. On the hilltop is where you'll find them on a sunny day with their caps on.

Moreover, he keeps the romance alive in his 12-year long marriage by going out on nice dates with his wife.

Also check out: Adam Storke's Lowkey Life - Has A Wife?

So we know that Bumper is a loving dad and husband when he's not busy with projects. Thanks to Bumper's impressive net worth, the happy bunch of five live a content life.

What Is Bumper Robinson's Net Worth?

Since then, he has appeared in many famous TV shows and movies such as 'Death Valley,' 'A Different World,' 'Bones,' 'The Game,' and others. Moreover, he has many impressive works as a voice actor as well.

His contribution can be seen more in the voice acting scene.

Through his time in the industry, Bumper has accumulated a net worth of $4 million, according to Celebrity Net Worth, and it's sure to grow more with his active involvement in new projects.

Apart from hefty net worth, he has earned himself three Behind the Voice Actors Awards and two Young Artist Awards.

A successful career and loving family, Bumper definitely has all a man can wish in life, and he's living the dream.