Chris Gardner's Son Is His Biggest Inspiration In Life

By Bahar Jung Thapa | On: October 20, 2021
Chris Gardner had his fair share of struggles with his wife and his financial life all while having his son as the biggest supporter. 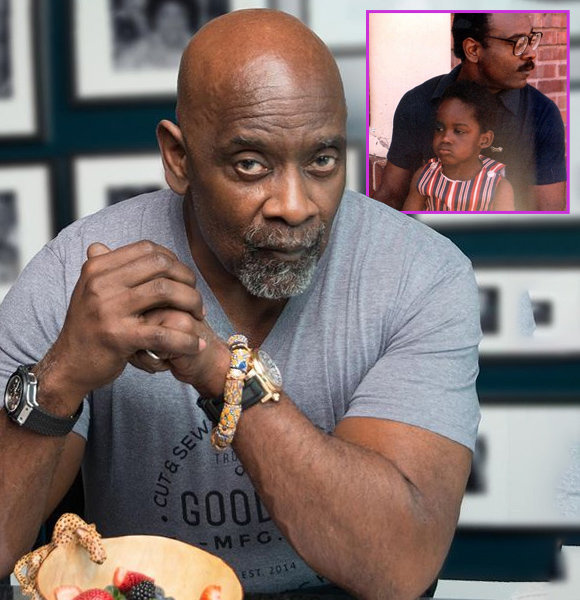 Most business personnel look into other motivational speakers and take them as their prime source of inspiration, whereas American Businessman Chris Gardner takes his son as his driving force to achieve greater heights in life.

"I went through pain as a child so my children wouldn't have to,"

Said Gardner in an interview with BBC news. Gardner successfully achieved his dreams of not letting his son stumble under the circumstances he did. However, coming to this point was not an easy path as Chris and his son were homeless at a point in life.

Together Through It All

"When everything else was crumbling away, I always had my son to turn to. He was my rock to keep me strong, and my motivation to keep me moving." His son Christopher Jr. was born on 1981, January 28, with Jackie Medina. However, his relationship with Medina was an extramarital affair as he was married to his ex-wife Sherry Dyson at the time.

In the early 1980s, Gardner and his son were homeless for a year as he failed to raise the deposit to rent an apartment.

He and his then-toddler son had to sleep on the floor of a public toilet at a railway station, someday down in parks, and someday under his desk at work.

Eventually, one day Christopher approached a man in a red Ferrari on the street and asked: "What do you do?" and that simple question to a stranger turned his life forever.

The man sat down with Chris for lunch and explained the basics of Wall Street, and there opened the eye of now business tycoon.

Chris got into a position where the man would help him organize meetings with branch managers at big brokerage firms, which helped him earn an $80,000 salary a month.

Unfortunately, this share of happiness was short-lived as the firm's hiring manager was fired, and Chris was back to living a harsh life.

One thing after another added onto his personal struggles, and one day, his then-wife Jackie tried to run off with his son Chris Jr. During the altercation, Chris Sr. pushed Jackie to the garden bushes.

He was pressed charges and was arrested.

Gardner was in prison for about ten days, and after his release, he had an interview the very next day. Chris went into the interview without dressing appropriately, and upon being asked about his appearance, he told the truth.

Well... If you are a Hollywood fanatic, you surely have heard about this before.

The Pursuit of Happyness?

With all the accumulated struggles from the past and present, the 67-year-old decided to write a book on his struggles, which later got so heavily recognized that it was made into a movie back in 2006. Christopher got the job from the interview and turned his life around despite having hurdles along the way. By 1988, he had earned over 1 million in one year.

During this time, another happiness entered Chris's life as his ex-wife, Jackie and Christopher briefly got back together, and the two had another baby.

His daughter Jacintha Gardner was born in 1985.

The father of two kids never saw a halt in financial success after that.

Gardner successfully provided his son with everything that he desired to, and he to this day values having his son through it all during the harsh times in life.

He is now a multimillionaire and has a net worth of $60 million as per BBC.

However, life did take a toll on Gardner when his wife died due to medical complications.

What Happened To Chris Gardner's Wife?

Six years after the movie's release, Gardner's wife of the time, Holly Ann Norwick, died in 2012 due to brain cancer when she was just 55.

The tragedy in his life made him reevaluate the priorities in his life. Then, Christopher decided that he wanted to do something else with his life.

"Some of the last conversations [my wife and I] had were her saying to me, 'Now that we can see how truly short life can be, what will you do with the rest of your life?'"

The 67-year-old shares how the last conversation with his wife made him change his career.

After three successful decades in the finance industry, he now actively works as a motivational speaker, gives back to underprivileged communities, and spends 200 days a year traveling in more than 50 countries.