Chris Smoove Gets Kicked Out Of The Room After Breakup

By Bahar Jung Thapa | On: September 03, 2021
Chris Smoove talks about heated fights and misunderstandings that lead him and his girlfriend towards their breakup. 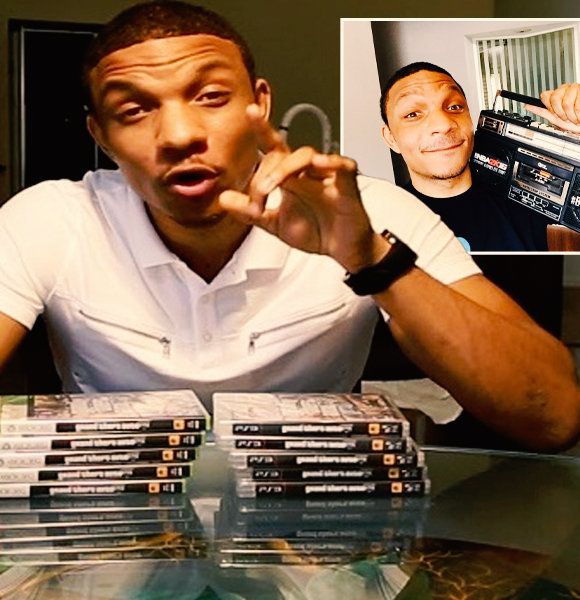 Chris Smoove and his fight with his girlfriend get to a point where he gets kicked out of the room.

What Actually Went Down?

The identity of his girlfriend is still a mystery as we can not seem to grab much information on a gameplay character.

Well, Chris did not break up with his real girlfriend. His breakup was actually virtual, LITERALLY!

Smoove's 2k gameplay character broke up with his character's girlfriend.

The gameplay takes viewers through the character's conversation, where they end up in a fight. Eventually, Smoove's character gets kicked out of the room.

Smoove narrates the scenario and says how the breakup is not possible, as the character would decide to quit college after the breakup. Hence, the character proceeds to mend the differences.

Although he has girlfriends in the gameplay, Smoove, age 31, has not revealed his real-life dating information.

Even the posts he makes about girlfriends are about his gameplay girlfriends.

It is yet to see who will be the one gracing 31-year-old's life, as Smoove has not come forward and introduced his possible wife or girlfriend.

He was born on November 27, 1989. Smoove is also known through his famous gameplay catchphrase, "Beasting and feeeasting" and "That's some cheese!"

Referred as the "Godfather of 2k," the content creator has over 5 million subscribers on his YouTube platform. He posts daily gameplay content, which garners over 100k views on average daily.

Smoove is super close with his fans and usually posts pictures with them from his meet and greets.

The 31-year-old YouTube star has curated his own fanbase over the years, and he has his own merch line which caters to his fans.

Smoove also has a known media presence. As of  2021, he has over 289k Instagram followers.

According to The Wealth Record, his career in YouTube and brand deals has ranked up his net worth to 4 million.